Sale runs April 6–10, 2021, while print supplies last. Back issues that are no longer available in print are available in digital format. 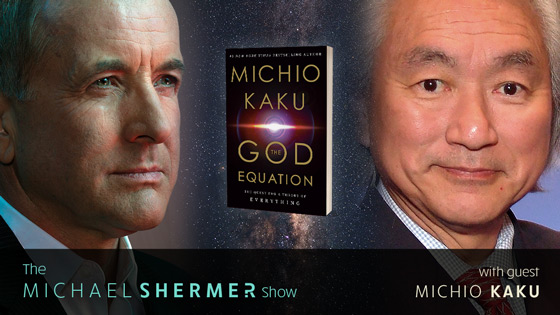 Michio Kaku — The God Equation: The Quest for a Theory of Everything

Synthesizing relativity and quantum theory would be the crowning achievement of science, a profound merging of all the forces of nature into one beautiful, magnificent equation to unlock the deepest mysteries in science. In this episode, Michael Shermer speaks with professor of theoretical physics Michio Kaku about: the Big Bang, black holes, worm holes, the multiverse, time travel, dark energy and dark matter, gravity, string theory, ETIs, meaning, and God.

The Biden Administration has named a new head of the ‘Havana Syndrome’ Task Force. Pamela Spratlen, former Ambassador to Uzbekistan and Kyrgyzstan, is overseeing the panel that is taking a second look at what happened in Cuba.

A State Department report on ‘Havana Syndrome’ obtained by CNN through a Freedom of Information Act request “concludes that the US government’s response and investigation into the so-called Havana Syndrome may have been botched from the beginning” and was characterized by “chaos” and disorganization (Oppmann, 2021). This may help to explain a recent New York Times report that the former Director of the Central Intelligence Agency under Donald Trump, Gina Haspel, has expressed skepticism as to whether an attack even took place (Barnes 2021). As the head of the world’s most powerful data collection agency, if there had been clear and convincing evidence for the origin of ‘Havana Syndrome,’ she should have known.

The likelihood that ‘Havana Syndrome’ is an outbreak of mass psychogenic illness that was exacerbated by government incompetence, appears more and more likely. In many respects, it is a story that is far more interesting than any sonic or microwave weapon.

This is an update to Robert E. Bartholomew‘s article “Havana Syndrome Skepticism” in Skeptic 26.1 (December 2020). If you missed it, you can read it free on skeptic.com.