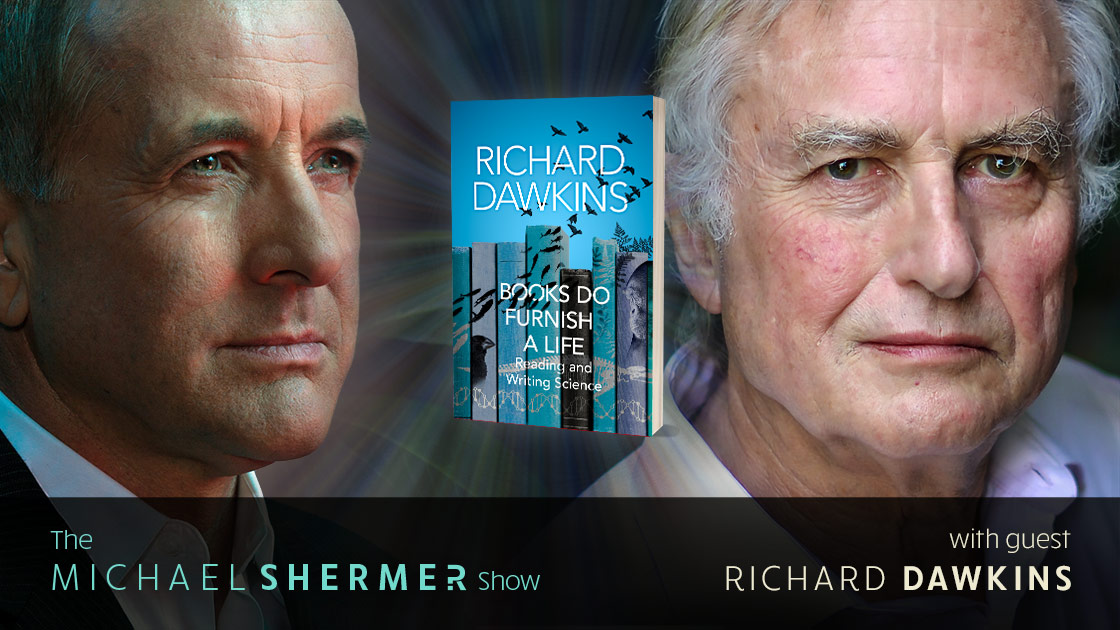 A conversation with Richard Dawkins on evangelizing for evolution, science, skepticism, philosophy, reason, and rationality, based on his new book Books Do Furnish a Life: Reading and Writing Science

In episode 205, Michael Shermer speaks with Richard Dawkins, the author of The Selfish Gene, voted The Royal Society’s Most Inspiring Science Book of All Time, and also the bestsellers The Blind Watchmaker, Climbing Mount Improbable, The Ancestor’s Tale, The God Delusion, and two volumes of autobiography, An Appetite for Wonder and Brief Candle in the Dark. He is a Fellow of New College, Oxford and both the Royal Society and the Royal Society of Literature. In 2013, Dawkins was voted the world’s top thinker in Prospect magazine’s poll of 10,000 readers from over 100 countries.

This episode is heavily edited because Dawkins was having trouble with his voice, and Shermer tried to speak a little more to give Dawkins a chance to let his voice rest.

If you enjoy the podcast, please show your support.