Who Endorses Race and Gender Conspiracies?

In our last report, we examined rates of belief in various conspiracies related to COVID-19. In this report, we consider a new set of conspiracies related to particular demographic groups. We focus here on white people, men, and Jews — white people and men because both have recently been portrayed as coercive, powerful, and Machiavellian in popular mainstream journalism and academic scholarship (e.g., DiAngelo, 2018; Higgins, 2018; Kendi, 2016; Morris, 2022; and see Goldberg, 2020). We asked about Jews because of a rise in recent concerns about anti-Semitism (e.g., Rosenblatt, 2020). To explore how Americans are thinking about these issues, we report peoples’ level of agreement with the notion that white, male, or Jewish dominance exists in contemporary society.

The Skeptic Research Center could use some help with a variety of tasks. If you are interested in volunteering with us, please fill out this form.

The outlawry of war has forced tyrants to concoct excuses for invading other countries. How should we respond? Evidence shows that outcasting in the form of economic sanctions beats armed conflict 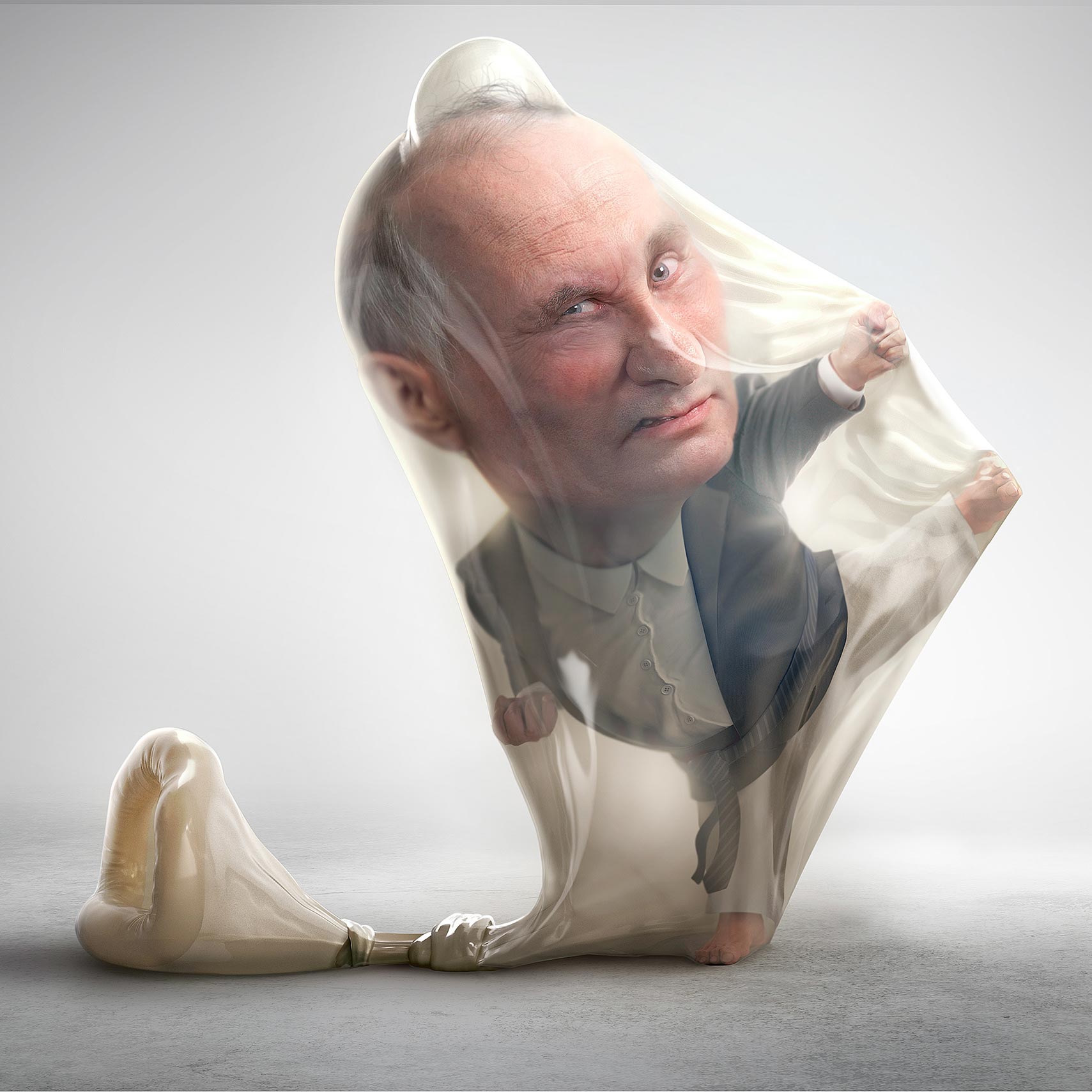 After amassing nearly 200,000 troops and war materiel along the Ukrainian border and coastline the past few weeks—itself a follow-up to the 2014 annexation of Crimea—the former KGB officer and now President-for-Life Vladimir Putin on Monday (February 21) officially announced his recognition of the “independence” of two separatist groups in the eastern regions of that sovereign nation. They are the Donetsk People’s Republic and the Luhansk People’s Republic (not to be confused with the People’s Republic of Donetsk and the People’s Republic of Luhansk). U.S. intelligence announced that Putin was planning on staging “false-flag” operations as an excuse to launch a full-scale “defense” by his “police forces” of these poor beleaguered peoples being threatened by the West.

The Russian dissident and former World Chess Champion Garry Kasparov recognized the ploy immediately and tweeted an old Soviet joke regarding Nazi forces massing on the Czechoslovakian border in 1938:

It would be as if Mexico amassed troops along the U.S. southern border, then “recognized the independence” of the Tucson People’s Republic and the El Paso People’s Republic, followed by an invasion to protect those separatist’s territorial sovereignty against the encroaching states of Arizona and Texas engulfing them. It’s a cockamamie ruse only an Alex Jones-level conspiracist would believe, and everyone in the West knows it. And Putin knows that we know it. And we know that Putin knows that we know it. So what is going on here? Why did the Russian autocrat feel the need to concoct such a pretense to war?

The proximate answer involves geopolitics, the relationship of NATO and the West with Russia, the consequences of the fall of the Soviet Union, economic leverage, greed, and whatever else drives dictators to want to color in more of the map in their country’s hue. Putin and his oligarch billionaire buddies, in conjunction with the state coffers they control, could easily just buy whatever it is they want from Ukraine using the same method most other countries use—trade. But apparently Putin would rather be the seller than the buyer, and the revanchism that has driven autocrats from time immemorial has parasitized Putin’s brain, driving him to abandon any such utilitarian calculations.

The ultimate answer for Putin’s pretense is that ever since war was outlawed in 1928 despots have felt the need to justify their pugnaciousness. In their 2017 book of how this happened and why, The Internationalists: How a Radical Plan to Outlaw War Remade the World, Yale University legal scholars Oona Hathaway and Scott Shapiro begin with the contorted legal machinations of lawyers, legislators, and politicians in the 17th century that made war, in the words of the Prussian military theorist Carl von Clausewitz, “the continuation of politics by other means.” Those means included a license to kill other people, take their stuff, and occupy their land. Legally. How did this happen? [continued …]

Or listen to Michael’s analysis on video

Cancel Culture & Independent Media: Some thoughts on how culture and media have changed dramatically in 30 years 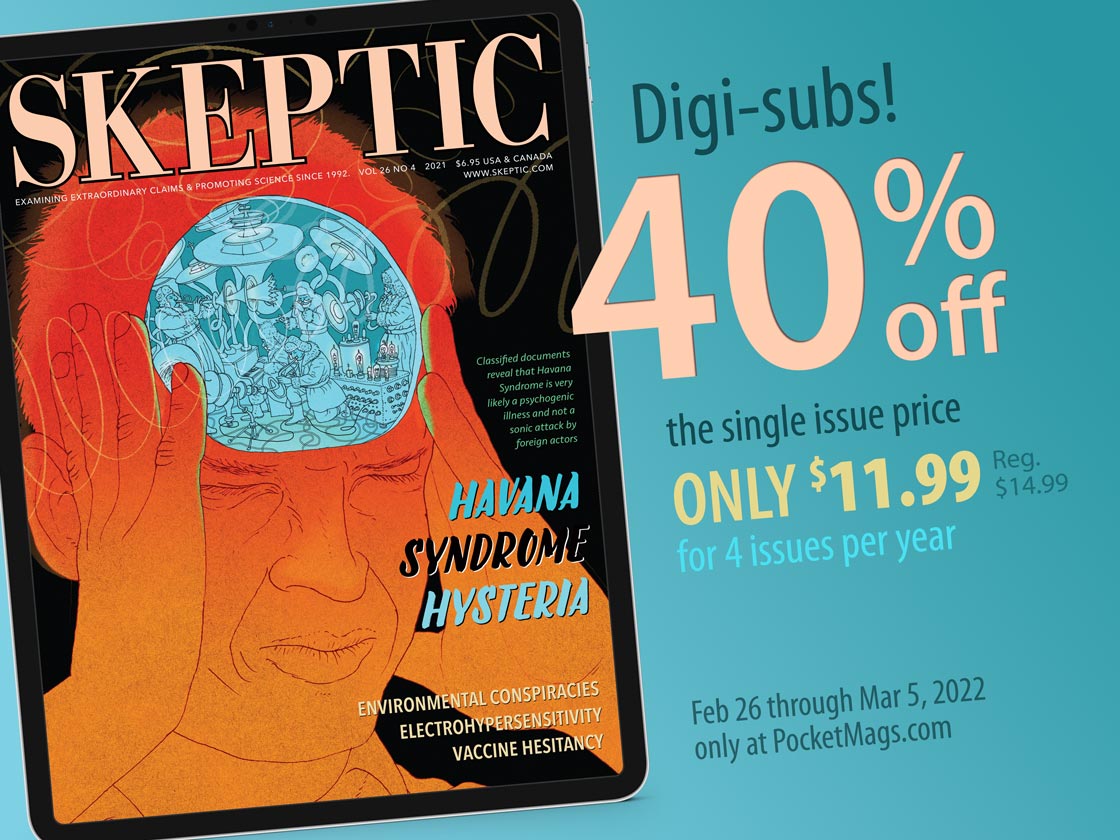 Save 40% off the single issue price

From now through March 5, 2022 — save 40% on new digital subscriptions (compared to the single issue price) when you subscribe to Skeptic magazine at PocketMags.com. Subscribe now and download the current issue 26.4 (Havana Syndrome Hysteria) instantly, and get issue 27.1 (Transgender Matters & Gender Dysphoria) when it is released on March 8. Two more digital issues will follow as they are released (in June 2022, and September 2022).