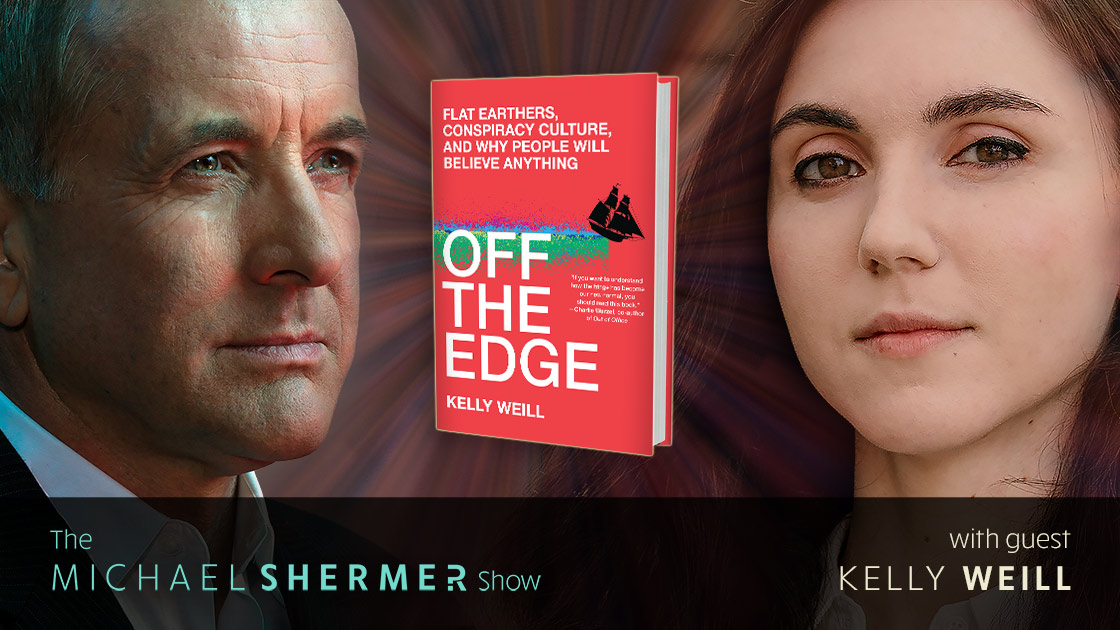 Kelly Weill on Flat Earthers, Conspiracy Culture, and Why People Will Believe Anything

Since 2015, there has been a spectacular boom in a nearly 200-year-old delusion — the idea that we all live on a flat plane, under a solid dome, ringed by an impossible wall of ice. It is the ultimate in conspiracy theories, a wholesale rejection of everything we know to be true about the world in which we live. Where did this idea come from?

Michael Shermer speaks with journalist Kelly Weill whose work covers extremism, disinformation, and online conspiracy theories in current affairs. The conversation is based on her book Off the Edge which tells a powerful story about belief, polarized realities, and what needs to happen so that we might all return to the same spinning globe.