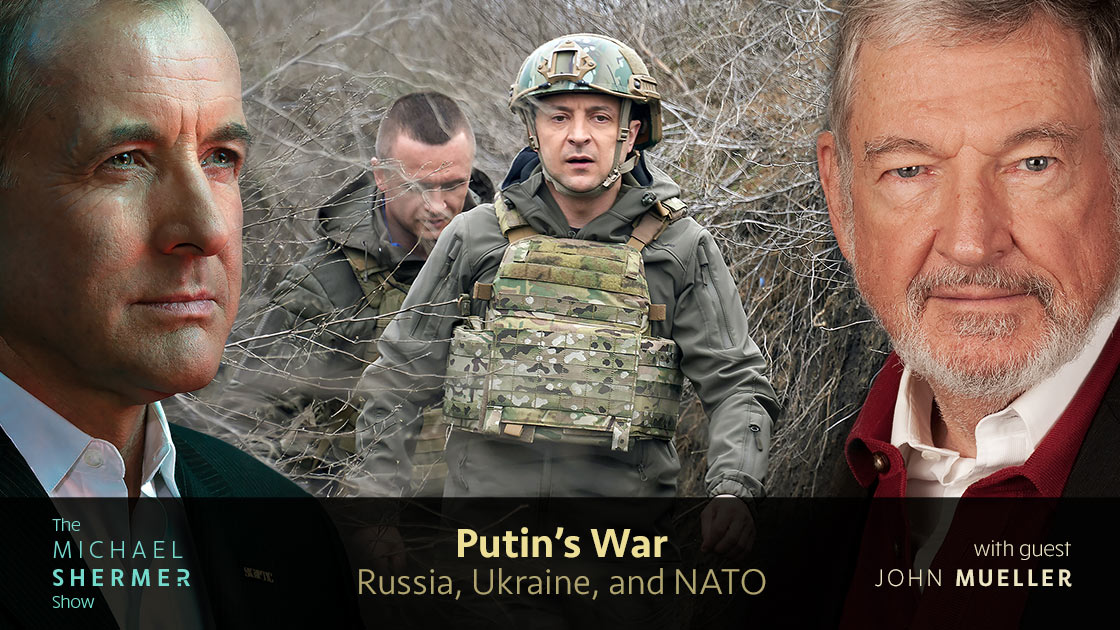 In this conversation with the renowned Ohio State University political scientist John Mueller, author of The Stupidity of War, Retreat from Doomsday: The Obsolescence of Major War, and The Remnants of War, we discuss the ongoing crisis in Ukraine and what we might expect from Putin’s Russia in the coming weeks, months, and years, along with Dr. Mueller’s outline for how to end the current conflict and compromise with Putin. That seems unlikely at this point, but the prospects of the tragedy of millions of war refugees pouring out of Ukraine into neighboring nations, along with the number killed already and likely to be killed as the fighting escalates, why not give negotiation and compromise a chance?

In the following analysis political scientist and war historian John Mueller argues that Putin’s war in Ukraine could have been avoided and can still be stopped through compromise since NATO was not going to accept Ukraine as a member for decades anyway, and Crimea will be returned to Ukraine about the time Texas is returned to Mexico.

When a group of academics interested in national security visited the headquarters of the North Atlantic Treaty Organization (NATO) some years ago, our guide, a British officer, said that its acronym stood for “No Action, Talk Only.”

It was a joke of course, but it had some point. And it relates more broadly to the quite limited achievements of the storied alliance over the decades in which it was likely unnecessary to prevent international war—its primary purpose—yet played a mainly inadvertent, and perhaps even innocent, role in creating the current conflict in Ukraine, the first substantial international war in Europe—once the most warlike of continents—in over three-quarters of a century.

At the time the officer was speaking, NATO’s main, and perhaps only, apparent accomplishment had been to deter the Soviet Union from invading Western Europe. That had been its central formative mission, and it was pushed into high gear at the time of the Korean War when, as defense analyst Bernard Brodie recalls, many, particularly in the Pentagon, were “utterly convinced” that the Soviets “were using Korea as a feint to cause us to deploy our forces there,” while preparing to launch “a major attack on Europe.”

However, later analysis and information indicates that this was hysterical nonsense. The invasion of South Korea by the North was not part of a global scheme of military expansion, but an opportunistic foray in a distant and then-minor area, one that was expected to be quick and easy.

More generally, there is not much evidence to support the notion that NATO had much to do with its most highly-touted achievement: deterring the Soviet Union from invading Western Europe. Evidence from Soviet archives and elsewhere indicates that the Soviets, from top commissar to street drunk, never had the slightest interest in fighting anything that might remotely resemble World War II. That is, there was nothing to deter.

In later years, NATO moved a couple of times from its “no action” position by bombing Serbia in 1999 in support of the secession of its province of Kosovo, and by joining the United States in its costly post-9/11 failure in Afghanistan.

NATO’s greatest accomplishment likely came in the 1990s in the aftermath of the Cold War, when the enemy it was designed to counter had ceased to exist. At the time, countries in Eastern Europe, suddenly freed from Soviet control, were looking for desirable clubs to join and were willing to jump through hoops about developing domestic democracy and capitalism if that was required. There was lot of skepticism at the time that those countries, after a half-century of communism, would be able to “make it,” but for the most part they did. […]