In this week’s eSkeptic, Junior Skeptic Editor Daniel Loxton reports from Dragon*Con 2009 in Atlanta, where he spoke last week as a guest of the giant science fiction convention’s Skeptrack. 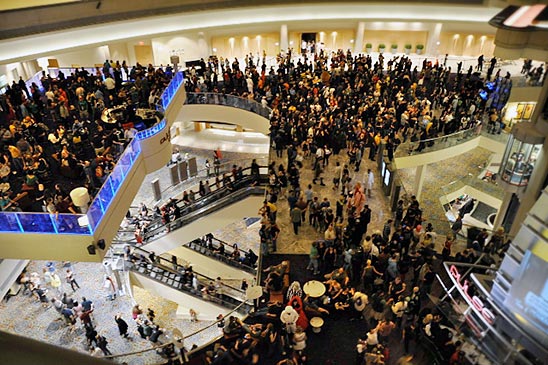 Part of Dragon*Con’s continuous costume party on the main floor of the Marriott.

A Tale of Two Sci-Fi Conventions

Long, Long Ago, in a hotel Far, Far Away, a paranormal-obsessed Junior High nerd walked into a science fiction convention — and his life changed forever. That was 20 years ago, at a little con in Victoria, British Columbia, Canada. Of course I was that kid.

When I arrived at “I-Con 2” I was magic-besotted. I believed everything. My passion for science fiction and fantasy led naturally to a passion for cryptozoology and the paranormal.

For years I’d approached these weird topics with youthful but serious devotion, devouring every source I could get my hands on. In those days, that meant pro-paranormal books, one after another. Those books were an echo chamber, each third-hand source building on other third-hand sources. I had no idea there was another, critical literature digging into these same subjects. How could I? There were no podcasts, no blogs. The Skeptical Inquirer, a little journal-format periodical, was not available on newsstands. Skeptic didn’t exist at all.

All this made I-Con’s panel on “science and the paranormal” a sure draw for me. I wanted to know more about aliens and CIA psychics and the search for monsters! When would the proof be uncovered?

What I found in that bland beige conference hall was a shocking, wonderful revelation. I discovered that paranormal mysteries can be solved.

The main speaker on the panel was the late, great Barry Beyerstein, a scientist and CSICOP Fellow. Some of you may remember Barry, in which case you’ll know what I mean when I refer to his warm, genial approach to skepticism. I’ve written elsewhere about Barry’s impact on me that day, so I won’t repeat it here, except to say: his mission to the land of the nerds worked. I am a professional skeptic and activist today because Barry Beyerstein took time from his research to speak to paranormal fans at a science fiction convention — and because he approached that task with warmth and enthusiasm. As the audience pelted him with our naïve questions (surely science couldn’t explain the miracle of fire-walking?), he respectfully treated each question as a genuine search for knowledge. There in that beige room, he made us feel that we were all partners in turning the lens of science toward the mysteries of the universe.

Because I discovered the skeptical literature at a sci-fi con, I’ve always known that this was a fertile ground for skeptical outreach. I’m proof of this, but it shouldn’t be a surprise. Sci-fi is a culture of DVD extras. For nerds like me, the enchantment of Star Wars is only enhanced by learning how Industrial Light and Magic creates the effects. We’re open-minded enough to take seriously an idea like ghosts or alien abduction, but also interested enough to care how the legend came to be — and whether it’s true.

For this reason, I was ecstatic when Skeptic’s own Derek & Swoopy (of Skepticality) launched the “Skeptrack” conference within Atlanta’s Dragon*Con last year. What a profound opportunity! And, I was honored this year to represent the Skeptics Society as an official guest.

For those who don’t know, Dragon*Con is among the largest conventions in the world for sci-fi, fantasy, and related pop culture. For four days every year, Atlanta’s downtown core is dominated by over 35,000 rambunctious (and elaborately costumed) fans. These thousands of Jedis, aliens, and robots bring with them a direct annual economic impact of $21,000,000.1 The convention is so enormous that it occupies four Vegas-style mega-hotels (the Hilton, Marriott, Hyatt and Sheraton), all of which book up months in advance.

At that scale, there are many events happening at any given moment,2 all grouped thematically into dozens of “tracks.” Each track offers four days of related programming — four days of lectures about costuming, or about robotics, or Star Trek, or skepticism — at which over 500 guests speak. These guests range from sci-fi royalty (William Shatner and Leonard Nimoy did rare joint appearances this year, one of them humorously disrupted by Patrick Stewart) to scientists to artists. (A highlight for me was meeting legendary dinosaur artist William Stout, who also designed the convention logo.) 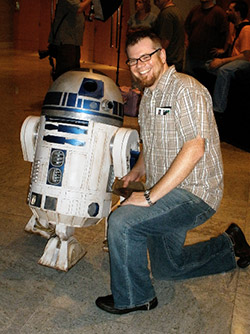 Skeptrack 2009 was an amazing experience. I was thrilled to join lifelong heroes like Eugenie Scott and Joe Nickell on stage, and to trade notes with luminaries like Phil Plait, Ben Radford, Richard Saunders, and the crew of The Skeptics Guide to the Universe podcast (not to mention the fanboy glee I felt spotting Buck Rogers alum Erin Gray, or hanging out with my good friend R2-D2).

It’s widely felt that the James Randi Educational Foundation’s “Amazing Meeting” (TAM) conference is the premier event for organized skepticism, and I absolutely agree. TAM is the center of the skeptical universe, but Skeptrack is a remarkable achievement whose potential cannot be overstated. In its second year, Skeptrack is already a full-blown skeptics conference, offering more programming to a larger audience than did TAM2. And, because Skeptrack is embedded within Dragon*Con, it offers unique assets — and unique promise for growth and outreach.

Skeptrack is cheap to attend. Right now, memberships for four full days of Dragon*Con 2010 are available for $60 per person. This does not include food, and lodging at the main conference hotels is quite expensive, but simply paying to get through the door is a lower bar to entry at Skeptrack than at any other leading skeptics convention.

Skeptrack is family friendly. This is a pivotal point. In a skeptical movement built on “Skeptics in the Pub” and other adult-oriented activities, Dragon*Con offers a rare opportunity for skeptical parents: affordable childcare! (And, there’s no shortage of wondrous sights and costumes for kids of all ages to enjoy.) 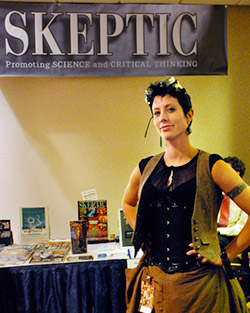 Volunteer Cheryl Hebert guards the Skeptics Society table at Dragon*Con — before engaging the flux capacitor on her dirigible.

Skeptrack is fun, because Dragon*Con is fun. Dragon*Con has more to offer than just skepticism. It’s also a colossal party — a party full of steam-punks and Klingons and superheroes. James Randi, unable to attend this year for health reasons, contributed a video greeting in which he emphasized how much fun he’d had the year previous — and how amazed he was by the uniformly jolly, good-natured mood of the conference. It’s rare to see a large Saturday night party crowd without a few fistfights, but nerds are nice — and Dragon*Con isn’t that kind of party. (One local told me the crime rates actually go down with the influx of Dragon*Con’s tens of thousands of rowdy convention-goers. I have no idea if that’s true, but it certainly felt plausible.)

Skeptrack is offered alongside pro-paranormal programming. This can give paranormal believers essential exposure to skeptical arguments. It can also take skeptics out of our own echo chamber to hear to what paranormal proponents actually say. Two such crossover events stood out for me. At one pro-cryptozoology lecture (WATCH the video on Youtube) I attended, Eugenie Scott of the National Center for Science Education stood up to ask probing questions about the food sources for hypothetical yetis — while other skeptics, seated behind her, live-tweeted the discussion. How often do you see that? Another highlight was a heated exchange in which ghost-hunters challenged Joe Nickell following his packed talk on the subject of hauntings.

Skeptrack is smack dab in the middle of over 35,000 people who have already paid to attend. While more established skeptical events have the edge in prestige and gravity, the upstart Skeptrack has far and away the greatest potential for direct outreach. To become a first-time attendee at TAM7, one had be sufficiently interested to travel to Las Vegas and pay between $320 and $495 to register. This fee was well worth it, but it necessarily meant that TAM7 spoke to dedicated skeptics — the leadership, by one way of looking at it, or the choir by another. Skeptrack, on the other hand, can attract a wider audience from the general population of Dragon*Con attendees — not only dedicated skeptics, but also the mildly curious. The barriers to first-time participation for those who are already attending Dragon*Con are extremely low. They just have to walk in the door of the track room. Dragon*Con membership is a flat all-access fee, so it’s simply a matter of Skeptrack making itself visible and attractive.

Daniel Loxton speaks on a Skeptrack panel based upon his “Where Do We Go From Here?” and What Do I Do Next? projects

This is easier said than done, of course. Dragon*Con is, as Star Trek’s Q might put it, “wondrous, with treasures to satiate desires both subtle and gross.” How can skeptical lectures compete for attention against costume parades, or panels featuring movie stars? One way is word of mouth, of course. Some people told me they stumbled into Skeptrack last year, loved it, and returned with friends this time around. In other cases, our own celebrities (like MythBuster Adam Savage) lure passerby to skeptical events.

Still other sci-fi fans come to their first skeptical talks on purpose — as I did 20 years ago — to learn what’s really true about weird stuff. This type of basic, introductory Skepticism 101-type material (are there really aliens? Can people really read minds? What is up with fire-walking?) has the ability to draw audience and fulfill our mandate for educational public service.

We saw this power this year, in a presentation called “The Truth About Ghosts and Ghost Hunting.” This was a brass-tacks introductory skeptical talk from hands-on paranormal investigators Ben Radford and Joe Nickell. It was traditional, it was straightforward — and it was standing room only. Every chair, aisle, and piece of wall of the Skeptrack room was packed. Even better, the lively question and answer session revealed a full range of belief in the audience. Joining the skeptics were angry hard-core ghost proponents, and, more importantly, people very much like I was all those years ago: open-minded believers who were surprised and challenged to discover another point of view.

Bringing that point of view to the people who need it is the reason skepticism exists. Optimizing that outreach, collaborating with many skeptics from many groups to inform and illuminate — that is the potential I see shining so brightly at the heart of Dragon*Con.

After all, where better to find a bold future than a science fiction convention?

For those of you who don’t live in California and can’t make it to the Skeptics Distinguished Lecture Series at Caltech, you can watch the lectures on DVD. Click the links below to order DVDs. Interested in a different lecture? Browse our past lectures and click the BUY this lecture for the lecture you’re interested in seeing.
(NOTE: Some lectures are not currently available to purchase, but we’re working on it!)

Wikipedia is among the most important public sources for almost any scientific, pseudoscientific, or paranormal topic. Amazingly, any grassroots skeptic can make responsible improvements to that source at any time, easily and for free.

We’ve identified many articles that could use formatting and editorial work, including the small sample linked below. Careful edits to these or other articles is a valuable public service — but remember to follow the rules and spirit of Wikipedia! Pay special attention to the manual of style, the Neutral Point of View, and the other pillars on which Wikipedia is built. To learn more about Wikipedia, read our primer.

Articles That Need Your Help

Michael Shermer shares with readers his experience at a paranormal conference in Long Beach. • READ the blog post • 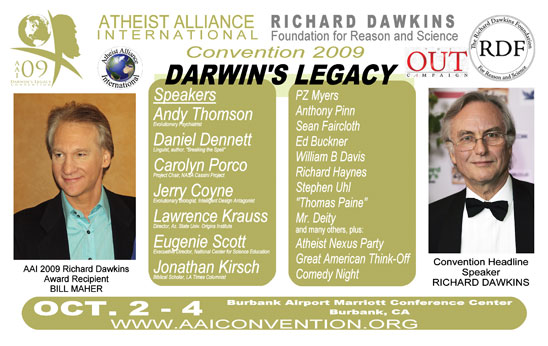