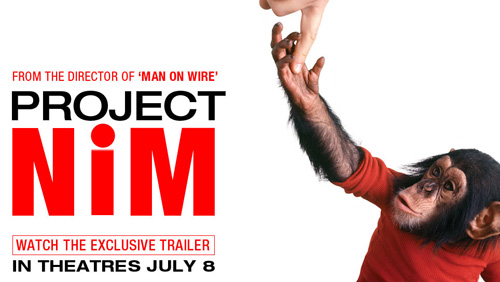 READ Michael Shermer’s review of the film on Skepticblog.org

NEW ON SKEPTICBLOG.ORG
Flowers for Nim

In this week’s Skepticblog, Michael Shermer reviews the new documentary film Project Nim (by James Marsh), about the attempt to teach sign language to the chimpanzee Nim Chimpsky.

NEW ON MICHAELSHERMER.COM
The July Skeptic column from Scientific American

Michael Shermer discusses why science is the only way out of the trap of belief-dependent realism: a term he coined for his latest book, The Believing Brain. 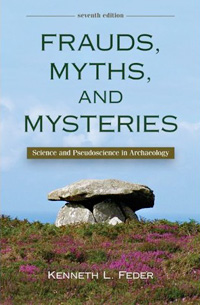 Did ancient humans gain their technological achievements through the assistance of creatures from other planets? This week on MonsterTalk, Dr. Feder, an archaeology professor who has taught a course on the topic, shares his thoughts. Feder is the author of Frauds, Myths and Mysteries—a book with more good scientific content on the cover than most TV shows have in an entire season.

On June 29, Michael Shermer published an article in eSkeptic on the number 19 and the attempted ambush interview that he turned into a lesson in patternicity (the tendency to find meaningful patterns in both meaningful and meaningless noise) and numerology, calling for our readers to chime in with their own examples of such patternicity. In this week’s eSkeptic, we present 19 of the more intriguing, delightful, instructive, and funny responses from that blog. 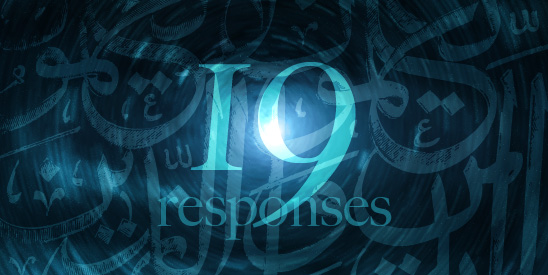 Max says: 19 hijackers… Why 19? Are they trying to one-up Jews, for whom 18 is significant? It was convincing to Mohammed Reza Taheri-azar, who drove an SUV through a crowd at UNC, where he had completed an undergraduate degree in psychology. “In the Qur’an, Allah states that the believing men and women have permission to murder anyone responsible for the killing of other believing men and women. I know that the Qur’an is a legitimate and authoritative holy scripture since it is completely validated by modern science and also mathematically encoded with the number 19 beyond human ability. After extensive contemplation and reflection, I have made the decision to exercise the right of violent retaliation that Allah has given me to the fullest extent to which I am capable at present.”

The Law of Fives states simply that: ALL THINGS HAPPEN IN FIVES, OR ARE DIVISIBLE BY OR ARE MULTIPLES OF FIVE, OR ARE SOMEHOW DIRECTLY OR INDIRECTLY APPROPRIATE TO 5.

The Law of Fives is never wrong.

In the Erisian Archives is an old memo from Omar to Mal-2: “I find the Law of Fives to be more and more manifest the harder I look.”

Jim Shaver replies: And we should not overlook the fact that the number 19 in hexadecimal—base 16, the numbering system of modern computers—is equal to 25 in decimal, which is the square of 5.
Deen says: Found it literally in the first object I looked at after accepting the challenge. My keyboard has 16 keys at the top row, plus three LEDs, making 19. It’s a miracle! Of course, if 2, 4, 8 or 16 had been the magic number I was looking for, I simply wouldn’t have counted the LEDs. For 12, I’d have only counted the F1 to F12 keys, for 13 I could have included the Esc key, but not the Print Screen, Scroll Lock and Pause/break keys, etc.
Bart says: Ha! I’ve been reading Stephen King’s The Dark Tower series, and I just got to the part in the story where the number “19″ starts being significant. From Wikipedia:

Stephen King’s seven book epic The Dark Tower saga employs the number 19 in books The Dark Tower: The Gunslinger, The Dark Tower V: Wolves of the Calla, and The Dark Tower VI: Song of Susannah as a mysterious and important number. They refer to the “ka-tet of 19″, many names add up to 19, 19 seems to permeate every aspect of Roland and his traveler’s lives. In addition, the number ends up being a powerful key.

Makes me wonder if King knew about this Quran and 19 thing and took the idea from there.

I remember once going to see [Ramanujan] when he was ill at Putney. I had ridden in taxi cab number 1729 and remarked that the number seemed to me rather a dull one, and that I hoped it was not an unfavorable omen. “No,” he replied, “it is a very interesting number; it is the smallest number expressible as the sum of two cubes in two different ways.”

Second, from Richard Feynman, about how he beat an abacus salesman at calculating the cube root of 1729.03, by observing that 1729 is 1 plus the number of cubic inches in a cubic foot.

Jim Shaver replies: Also, it should not go without notice that 1729 = 19 x 91. And 91 is the palindrome of 19. And 1729 starts with 1 and ends with 9, with the digits in the middle summing to 9. John R. says: Aaaand 1+7+2+9=19 Max says: “19 x 91″ is a palindrome, but 91 isn’t a palindrome of 19.
Patrick says: 7pm = 1900 hours in 24 hour notation. Why 24 hour notation? Because 24-5=19 (5 is the first good prime number, the number of books in the Pentateuch and the number of classical planets ). Now, 1900 hours, as we know, is the best time of day to be outside and view the sun during the summer in Colorado, USA. Why Colorado? Rutherford B. Hayes was elected to be the 19th president of the US in 1876, the year Colorado became the 38th state. 38/2 = 19. QED.
Retired Prof says: Herbert W. Armstrong’s cult, called Worldwide (formerly Radio) Church of God, counted church history and made prophesies based on 19, that being the number of years it takes for the Hebrew calendar to cycle around. This is the same relationship between sun and moon that gave us the saying “once in a blue moon,” though their church history scholar Herman Hoeh claimed to have discovered it independently. On that basis they prophesied that Armageddon would start early in 1972 (no specific date) and Jesus Christ would return 3 1/2 years later in 1975. When church leaders saw things were not shaping up the way they predicted, they destroyed all copies they could find of their booklet “1975 in Prophecy.” Many adherents fell away, and the church splintered into several sects, the largest of which abandoned most former teachings and now preaches a fairly standard Protestant theology. Other splinters claim to preserve “the truth once delivered,” and their evangelists and apostles are still making new prophesies and updating the end times, except I’m not sure that any support those prophesies with the 19-year cycle.
Charris says: There’s 19 bottles of beer on my wall…In Shermer’s new book (The Believing Brain), there are 19 ‘chapters,’ including the prologue, epilogue, notes, acknowledgments, and index. In the first chapter of Why Darwin Matters, the first sentence is 20 words, which is that whole 19 words + 1 cosmic secret or whatever it was.
highnumber says: Steely Dan wrote and recorded a song “Hey 19.” Not so significant in itself, but when you consider that the band took their name from a William S Burroughs (19 characters when you count the spaces) nickname for a, er, toy, and that they met in Annandale-on-Hudson (19 characters including the dashes) and that they will have been reunited 19 years next year, it seems quite ominous that their current tour ends quite abruptly late this year in Hawke’s Bay, New Zealand (19 letters).
DrJen says: The number of times the word “number” is used in [Michael Shermer’s “19”] article: 42.

That makes it all pretty clear, don’t you think?

Michael Caton says: 19: 1 more than 18, which is 6+6+6, and God is greater than Satan. Also, chromosome 19 contains the loci for most hair and eye color alleles, since God created us in His image.
Saurio says: 7 days a week, 7 dwarfs, 7 sins, 7 virtues, 7 branches of the shamanist tree, 7 colors of the rainbow, 7 planets in ancient astronomy, 7 up. Also, 7 apostles didn’t write a gospel nor betrayed Jesus. Also if you multiply 7 and 6 (7-1) you get 42. 7×11 = 77 = The first Talking Heads album
The Midwesterner says: I grew up in a small town. When I was a teenager, in the space of a few years (I don’t remember whether or not it was 3 but approximately that period of time) 3 fathers died (1 of cancer, 1 was electrocuted, and I can’t remember what happened to the other one); 3 sons (1 in a car accident, 1 shot accidentally, and I also can’t remember what happened to the third); and 3 daughters (two of cancer and one froze to death after a night of underage drinking). There was much talk at the time that things ALWAYS happen in 3s and it was particularly meaningful that there were 3 sets of 3 deaths. No mothers died during this period (that I know of).
Brenda says: Well, let me tell you about my special number “24″. I was born on the 24th day of the month. I know I’m a special person because of this, because 24 is a very special number:

Besides all that, I notice that just about every time I see a sports team, someone is wearing the number 24. Since my birthday is in March, the number becomes 324. Sometimes when I look at a digital clock, it says 3:24, and I know that whatever I’m thinking or doing at that moment is correct and right on track. Sometimes when I make a purchase, the total comes to 3.24…this tells me that God is smiling at me. When I make a larger purchase and am having trouble choosing, sometimes the choices come down to paying $324 or say, $283. I will buy the item that costs $324 because I know that this is God helping me to make my decision. In the bible, any verse that is numbered 3:24 or 32:4 is a special message just for me. Since I was born in March 1965, this also tells me how special I am since “365″ is the number of days in the year. Not only that, but it was the age of Enoch when he died, and Enoch had a very special relationship with God. Although this posting is written tongue-in-cheek, I really did used to believe some of these things.

Steve says: When I was 18, I really wished I was 19…
Larian LeQuella says: “This is total bullshit” is 19 letters! Coincidence?

NOTE: Shermer’s 19 article was also posted in eSkeptic for June 29, 2011. For those of you who missed it, there are more excellent responses to the patternicity challenge in the comments section of that eSkeptic. Be sure to check them out!

This book synthesizes 30 years of Dr. Shermer’s research to answer the questions of how and why we believe what we do in all aspects of our lives, from our suspicions and superstitions to our politics, economics, and social beliefs. It clearly and illustratively presents his comprehensive theory on how beliefs are born, formed, nourished, reinforced, challenged, changed, and extinguished… READ more and order the book.

This 16-page booklet is designed to hone your critical thinking skills by exploring the top 25 fallacies of thinking. It includes suggestions on what questions to ask, what traps to avoid, specific examples of how the scientific method is used to test pseudoscience and paranormal claims, and a how-to guide for developing a class in critical thinking.
READ more and order the booklet.