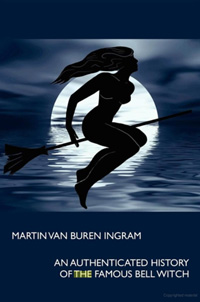 Witch You Talkin’ About?

According to legend, in the early 1800s the farm of John Bell of Tennessee was terrorized by a supernatural assailant who came to be known as The Bell Witch. MonsterTalk hosts Blake Smith, Ben Radford and Dr. Karen Stollznow discuss the case, following a visit to the site of the haunting by Ben and Blake.

Get the MonsterTalk Podcast App
for Apple and Android Devices!

Get the MonsterTalk Podcast App (presented by Skeptic Magazine) and enjoy the science show about monsters on your handheld devices! Available for Android, iPhone, iPad, and iPod Touch. To get the app for iOS devices, download the free Podcast Box App on iTunes and then search for MonsterTalk within the Podcast Box app to listen to Monstertalk on your iPhone, iPad or iPod. For Android devices, simply install the stand-alone app. MonsterTalk was the 2012 Parsec Award winner for Best “Fact Behind The Fiction” Podcast.

In Skeptic magazine 17.3, Michael Gainer wrote “The Physics of UFOs” in which he sought to determine if it is possible to construct an interstellar spacecraft that fits the description of reported UFOs. In response to that long-time skeptic, Peter Huston penned a skeptical analysis entitled, “Another Physics of UFOs.” We published both articles in last week’s eSkeptic. In this week’s eSkeptic, Gainer responds to Huston.

In response to Mr. Huston’s remarks about my article let me first differentiate between belief systems and science.

A belief system is a body of concepts, ideals or narratives that through written or oral tradition and historical precedent have become an integral part of a culture. Verification is dependent on faith in its tenets: Ergo—subjective. A belief system need not concern itself with objective reality.

This contrasts with science in which theories are subject to objective evaluation by repeated experiment and measurement. Science assumes a priori the existence of a measurable objective reality. Indeed, science is the delineation of this reality. The precision of the replication of experimental results and the accuracy of theory in making predictions, even when both observers and theorists may initially have a wide variety of theoretical considerations, is the affirmation of the scientific approach to the comprehension of the cosmos.

Physics is derived from the basic defined observables; velocity, acceleration, force, mass, and time. These are combined in the definition of work from which the terms kinetic and potential energy are derived. Physicists arrive at descriptions of physical systems by writing total energy equations.

UFO sightings—eye witness accounts and questionable photographs—are not direct physical evidence of alien spacecraft. They do not satisfy the criteria for scientific investigation. They could more appropriately be classified as a belief system.

Therefore, in my paper, I proceeded with what I call informed skepticism by applying fundamental physics to evaluate the possibility of their existence. I started by proposing an inertial mass. The mass could have been somewhat larger or smaller; the end result would still have been the same. The details of the design of the spacecraft, nature and longevity of the crew, or whether or not it is a round trip are irrelevant. The only significant factor is its inertial mass and its kinetic energy at velocities essential for interstellar space travel.

Any spacecraft, whether from present or future technology, would have a significant inertial mass. Ten thousand years from now conservation of energy will apply anywhere in the galaxy as well as it does today. The problem is how does one provide energy sufficient to match the kinetic energy of the spacecraft. I chose thermonuclear fusion because it is the only feasible source that clearly demonstrates the magnitude of the required energy. I pointed out the difference between controlled fusion reactions and the need to produce thrust.

In preparing the paper I also considered matter-antimatter annihilation. If Mr. Huston’s consultant had made the calculation he would have realized that it would take 1380 tons of matter and an equal amount of antimatter to produce the required kinetic energy. In the article I gave the results for the energy requirement for a velocity of 0.1c and an acceleration of 0.5 m/s2. That would require only 55 tons of matter and antimatter.

My conclusions were not faith based. They were based on sound physics, not current or future technology, or proposals by science fiction writers. In point of fact we do have proof of the effects of two megaton unconstrained nuclear fusion reactions, and because of the maximum cohesive force that electrons can create between protons no substance will remain solid above 5000ºC. Such energy is constrained, however, in nature by gravitational pressure at the centers of stars.

It is not present or future technology that negates interstellar travel—it is the nature and structure of matter and the universe.

Dr. Michael K. Gainer is Emeritus Professor of Physics and former chair of the Department of Physics at St. Vincent College in Latrobe, PA. At St. Vincent he taught astronomy and advanced undergraduate physics courses for physics majors. He is the author of Real Astronomy for Small Telescopes, published by Springer in the Patrick Moore Practical Astronomy Series in 2006. Prior to his academic career he was a member of the scientific staff at the U.S. Army Ballistics Research Laboratory at Aberdeen, MD. There he conducted research on hyper velocity metal deformation in high intensity shock waves.