Exclusively for conference attendees only, you won’t want to miss Jamy Ian Swiss and Jack Velour performing close-up magic on Friday May 29 at The Westin Hotel. There will also be a dinner party and cash bar. 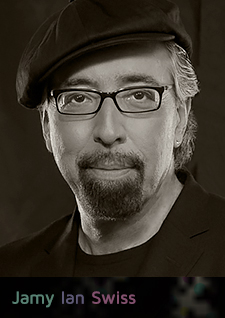 JAMY IAN SWISS is a magician, author, and public speaker with more than 25 years of skeptical activism experience. He has appeared internationally for presenters ranging from Fortune 500 companies to the Smithsonian Institution. His U.S. television appearances include CBS 48 Hours, PBS Nova and the PBS documentary The Art of Magic, and repeat appearances on The Today Show and The Late, Late Show with Craig Ferguson. He is the author of books including two collections of essays, Shattering Illusions and Devious Standards, and of The Art of Magic, the companion to the PBS documentary, and co-wrote the chapter “Explaining Magic” in Visual Explanations by Edward Tufte. He has produced and written for television, including Penn & Teller’s Sin City Spectacular, and created the Discovery Channel special, Cracking the Con Games. He is producer of New York’s longest-running Off-Broadway magic show, Monday Night Magic, now in its 18th consecutive season.

Jamy is a co-founder of the National Capital Area Skeptics; a co-founder of the New York City Skeptics; has spoken and performed across the U.S. on behalf of the Center For Inquiry; has been a contributor to Skeptic magazine; is a co-producer and on-stage host of the Northeast Conference on Science & Skepticism; has presented or performed annually at James Randi’s “The Amazing Meeting” since its inception in 2003; and is a past Senior Fellow of the James Randi Educational Foundation for which he has served as a blogger, creator of the Honest Liar video commentaries, and continues to help administer the foundation’s Million Dollar Challenge.

In a lengthy profile in the New Yorker, Adam Gopnik writes, “Swiss is widely thought to have one of the most masterly sleight-of-hand techniques in the world today…” And Penn & Teller call him, “James Bond with a deck of cards as a pistol!” 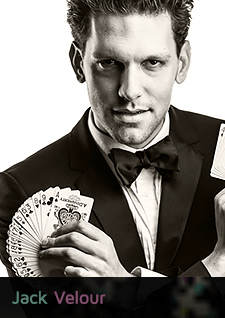 JACK VELOUR is a performer of close-up magic, where his audiences witness miracles from inches away. He has captivated thousands of people across the country, including numerous celebrities. After becoming a successful close-up magician in his hometown of Cleveland, Ohio, Jack moved to California in 2012, where he continues to mystify audiences at corporate functions and private gatherings, and most recently Jack was invited to perform for record producer, Clive Davis, at his 83rd birthday party. Jack Velour’s performances are loaded with surprises and humor, creating a fun and enchanting atmosphere for almost any audience. He is also an active member of The Magic Castle in Hollywood. 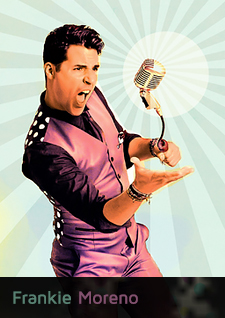 FRANKIE MORENO is a musical virtuoso, pianist and performer prodigy turned Las Vegas headliner sensation! Frankie started as a child prodigy pianist and was first introduced to American audiences at the age of ten with his debut on CBS’s “Star Search”. Named Headliner of the Year in Las Vegas, making national television appearances, releasing a brand new album, and preparing a nationwide PBS Special titled “Frankie Moreno in Concert”, Frankie is capturing the attention of millions and leaving a lasting impression. 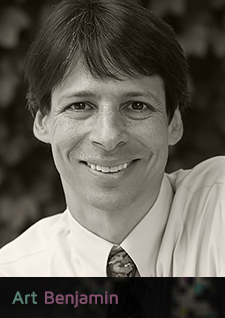 ARTHUR BENJAMIN is considered to be the world’s greatest living lightning calculator. If you have never seen him perform, you are in for a treat! Bring your calculators and challenge the master! Dr. Benjamin will not only demonstrate how he does calculations in his head faster than you can with a calculator, he will reveal his secrets and teach you how to do it yourself. Not only will he reveal his own secrets, he will demonstrate how the great lightning calculators of the past did it. Dr. Benjamin is the Smallwood Family Professor of Mathematics at Harvey Mudd College. He has received numerous awards for his writing and teaching, and served as editor of Math Horizons magazine for the Mathematical Association of America. He has given three TED talks, which have been viewed over 10 million times. Reader’s Digest calls him “America’s best math whiz.” His newest book, out this Fall, is called The Magic of Math: Solving for x and Figuring out Why.

History and Hyman’s Maxim (Part One)

Daniel Loxton reflects on one of skepticism’s most valuable sayings: “Do not try to explain something until you are sure there is something to be explained.”

A botanist claims to have discovered the only portrait of Shakespeare completed during his lifetime. Can plants be used to identify Shakespeare’s appearance and work? 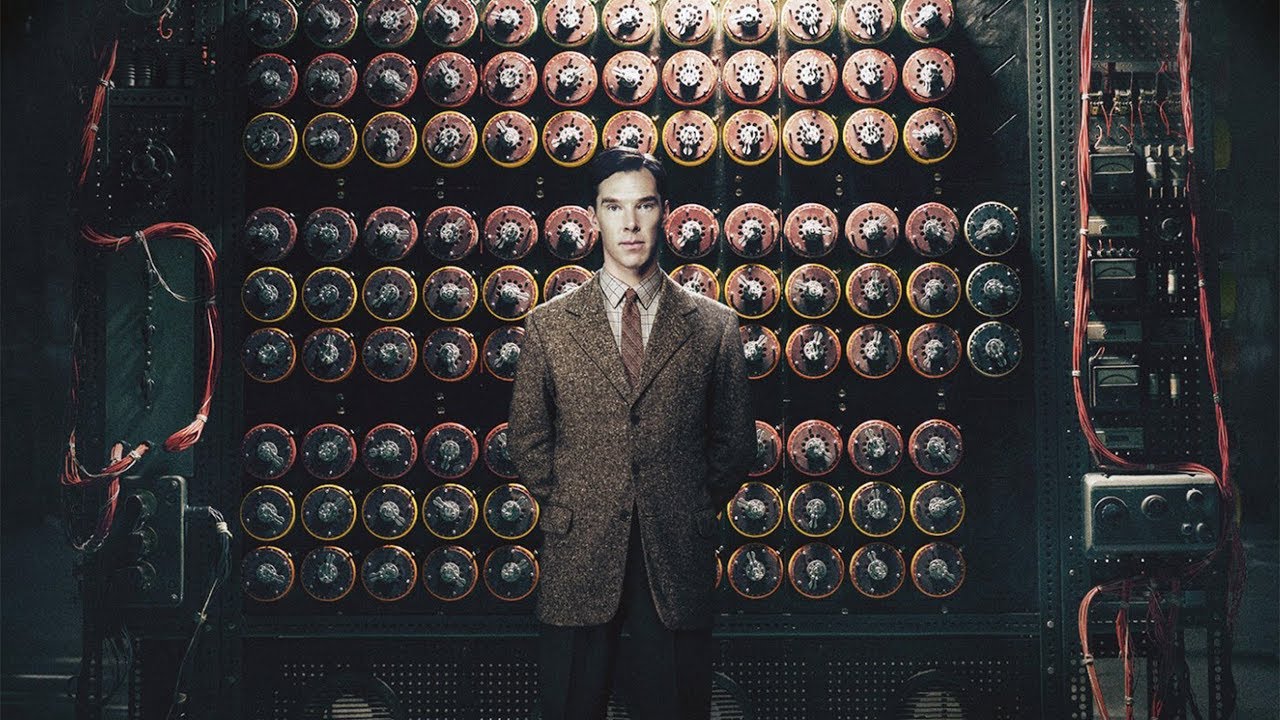 It is only a slight exaggeration to say that the British mathematician Alan Turing (1912–1954) saved the Allies from the Nazis, invented the computer and artificial intelligence, and anticipated gay liberation by decades—all before his suicide at age 41. In November a major motion picture starring Benedict Cumberbatch as Turing will be released, based on the classic biography by Dr. Andrew Hodges, who teaches mathematics at Wadham College, University of Oxford (he is also an active contributor to the mathematics of fundamental physics). Hodges tells how Turing’s revolutionary idea of 1936—the concept of a universal machine—laid the foundation for the modern computer and how Turing brought the idea to practical realization in 1945 with his electronic design. Hodges also tells how this work was directly related to Turing’s leading role in breaking the German Enigma ciphers during World War II, a scientific triumph that was critical to Allied victory in the Atlantic. At the same time, this is the tragic story of a man who, despite his wartime service, was eventually arrested, stripped of his security clearance, and forced to undergo a humiliating treatment program—all for trying to live honestly in a society that defined homosexuality as a crime. Order the book, Alan Turing: The Enigma, from Amazon. 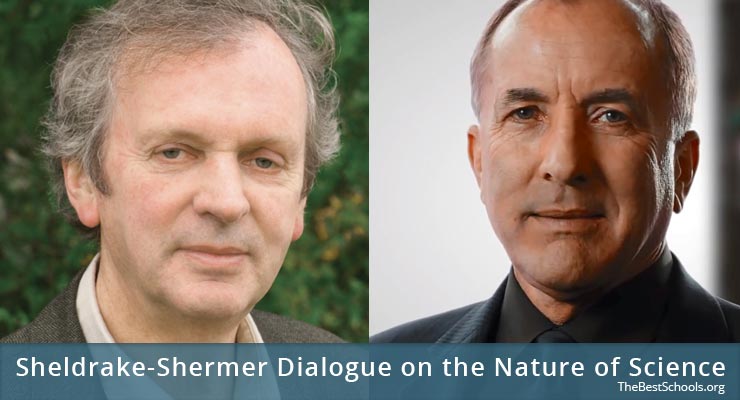 DIALOGUE ON THE NATURE OF SCIENCE

Beginning earlier this month, and continuing through July, TheBestSchools.org is hosting an intensive dialogue on the nature of science between Rupert Sheldrake and Michael Shermer. Dr. Sheldrake will defend that science needs to free itself from materialist dogma; indeed, science misunderstands nature by being wedded to purely materialist explanations. By contrast, Dr. Shermer will defend that science, properly conceived, is a materialistic enterprise; for science to look beyond materialist explanations is to betray science and engage in superstition.

Since May 1st, Sheldrake and Shermer have posted their opening statements, as well as a response and a reply on the topic of Materialism in Science.