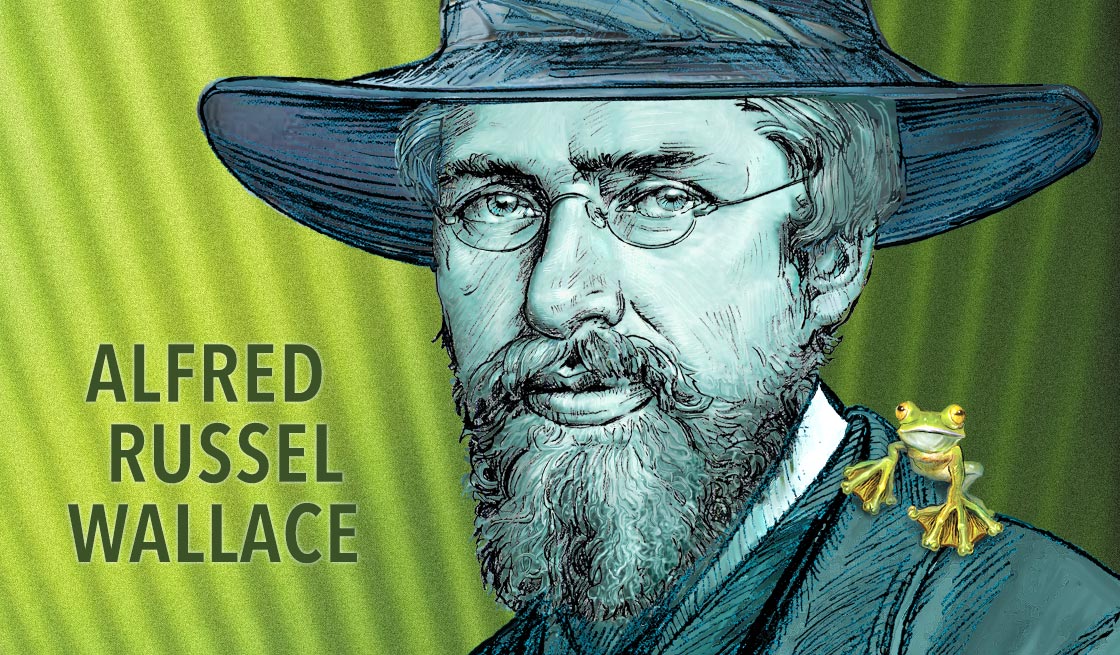 Were there two Wallaces? The codiscoverer of natural selection also believed in “the unseen universe of Spirit.”

Get it now, available digitally, via the Skeptic Magazine App for iOS, Android, BlackBerry PlayBook, Kindle Fire HD, Mac, PC, and Windows 8 devices. You can also pre-order the print issue from Shop Skeptic. This issue won’t likely hit newsstands for another week or two. 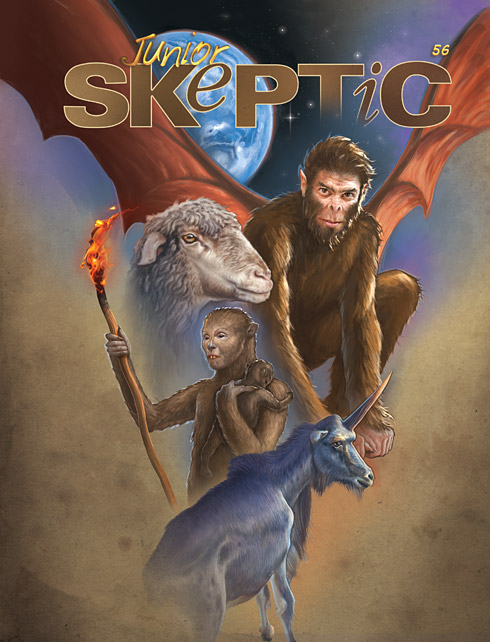 Get this issue of Junior Skeptic bound within issue 20.3 of Skeptic Magazine

In this issue we’ll be talking about bat-people. And sheep. And unicorns. On the Moon! What’s that you say? The Moon obviously can’t have unicorns because it doesn’t even have air to breathe? Well, sure, that’s a good point. But what if I told you the world’s most popular newspaper once announced the discovery of these and many other fantastical lunar lifeforms? Moreover, people believed those claims. How on Earth were New York City newspaper readers taken in by a far-fetched fantasy about flying Moon-bats? Find out in this issue of Junior Skeptic! 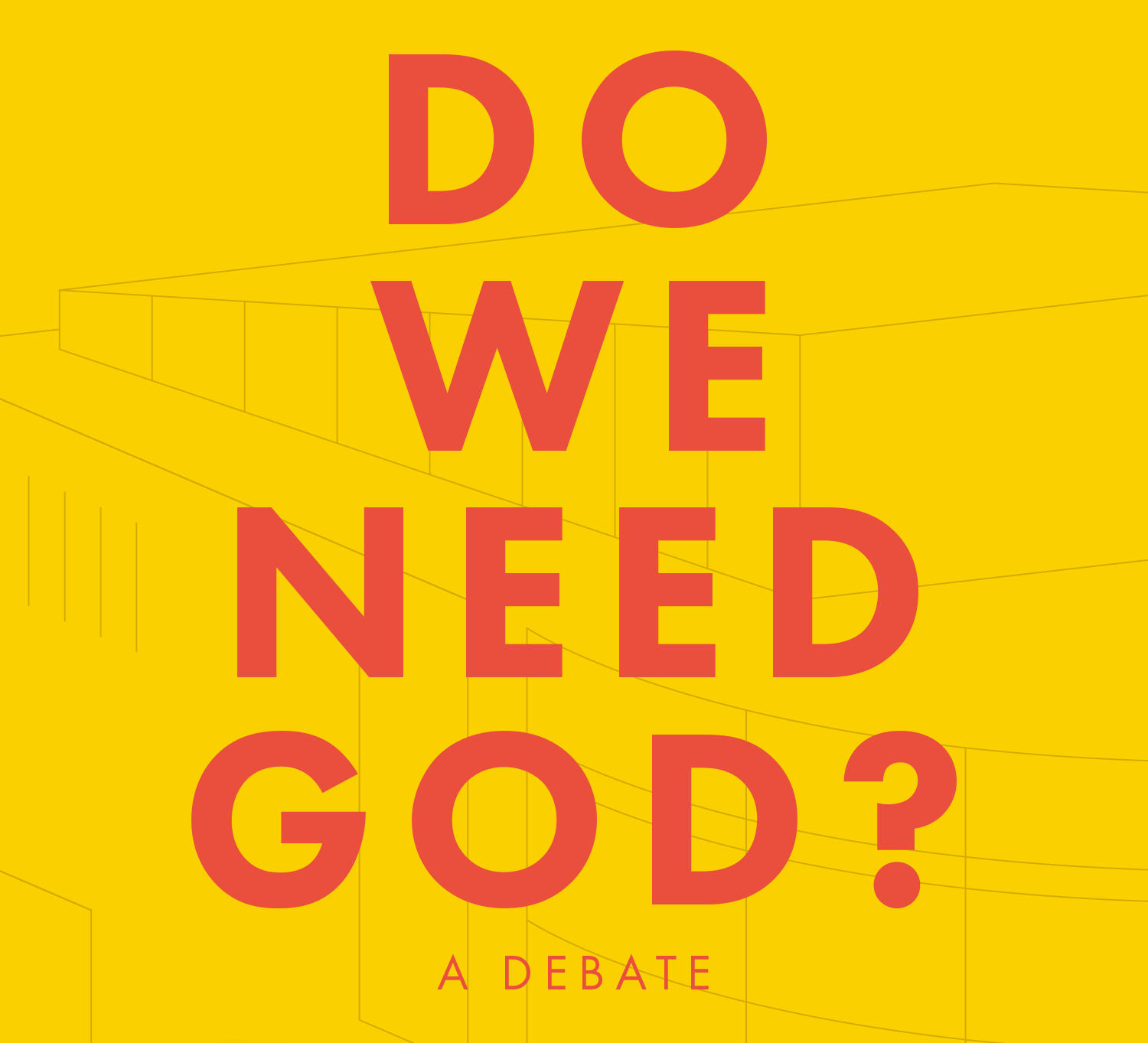 Fixed Point Foundation, a non-profit based in Birmingham, Alabama, revives an age-old question in the form of a debate – Do we need God? Michael Shermer of Skeptic magazine and Larry Taunton of Fixed Point Foundation meet at Benaroya Hall on September 30 to address whether the concept of God is beneficial or detrimental to society.

Exploring the effects of the idea of God on humanity will bring these two participants to consider a variety of issues, including human suffering, morality, and meaning. With backgrounds in education and history, both Taunton and Shermer are well prepared to explore all of these topics, particularly as each relates to religion. 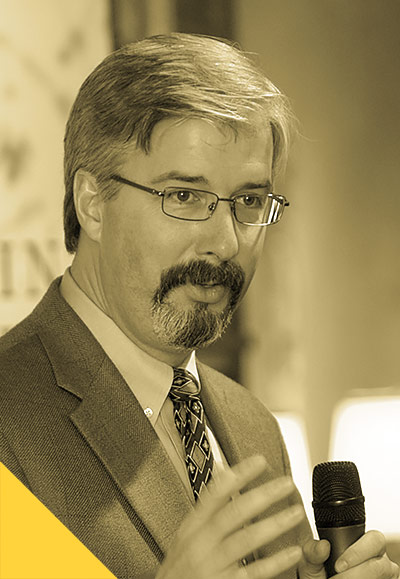 Larry Taunton, Founder and Executive Director of Fixed Point Foundation, is a cultural commentator, columnist, author, and regular contributor to The Atlantic and USA Today. He is a frequent television and radio guest, appearing on CNN, CNN International, Fox News, Al Jazeera America, and BBC. Taunton’s book, The Grace Effect, is a powerful and personal account of the effect one Christian can have on a spiritually dead culture. In it, he argues that without the Christian ideals of love, forgiveness, and grace, a society will quickly become the author of its own demise. According to Taunton, “Every meaningful movement in the history of the West has been fueled by Christianity… because they all appealed to a higher law.” God, he believes, is far from irrelevant. Download more biographical details (PDF). 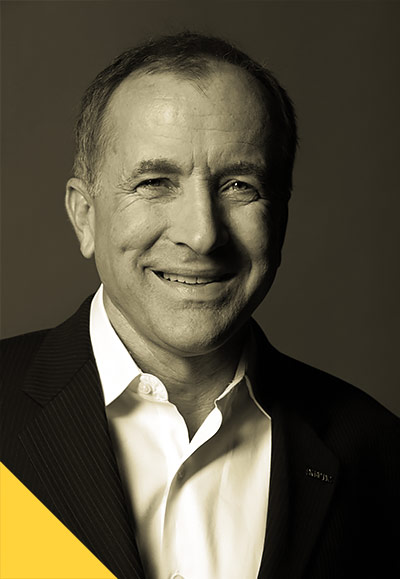 Michael Shermer, taking an opposing stance, asserts that religion is largely to blame for some of the worst atrocities in human history. His latest book, The Moral Arc, maintains that science and reason will lead us to a virtuous and increasingly moral existence. According to Shermer, we are “getting better at solving problems” as we continue to evolve. A New York Times best-selling author, Shermer is the founding publisher of Skeptic magazine and has written thirteen books. He is also a monthly columnist for Scientific American, regular contributor to Time.com, and a Presidential Fellow at Chapman University. When he isn’t writing or teaching, he travels frequently to speak and debate on a variety of topics. Download more biographical details (PDF).

Those of the opinion that man has ‘outgrown’ a need for God, and those who think that God provides the very moral foundation on which our society is based are both ensured a thoughtful and spirited exchange.

This event is organized by Fixed Point Foundation and sponsored by Summer Classics. Tickets are on sale now through the Benaroya Box Office by clicking the link below or by calling 206-215-4747 to purchase.

Fixed Point Foundation has been engaging the culture on significant and relevant issues since 2004. Unapologetically Christian, Fixed Point seeks innovative ways to stimulate conversation in the marketplace of ideas through a variety of mediums (articles, podcasts, radio, TV interviews, writing, speaking engagements, and debates, to name a few). Some of the topics addressed include radical Islam, the New Atheism, science vs. religion, gay marriage, and Intelligent Design.

Barbara Drescher discusses how to think about research findings that disagree.

The Problematic Process of Cryptozoologification

Daniel Loxton considers how fuzzy folkloric phenomena come to be crystallized as "cryptids." 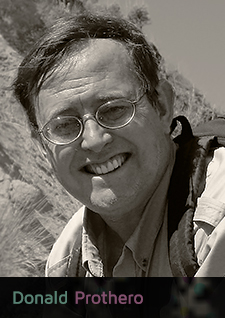 In this episode of Skepticality, Derek digs into a recording which he conducted in California in May at the Skeptics Society conference “In the Year 2525: Big Science, Big History, and the Far Future of Humanity”. Derek interviews Dr. Donald Prothero about the current state of the climate, how we know that humans are causing massive change, and what we might be able to do to help mitigate and, possibly, improve things going forward.