Dark Matter and Periodic Mass Extinctions? Not So Fast!

by Shopping at AmazonSmile

It’s not too late! Find last-minute gifts and support us when you shop at smile.amazon.com. When you shop at AmazonSmile, Amazon will pay a referral fee to the Skeptics Society. With Amazon Prime free 2-day shipping, most orders placed by Dec. 22 will arrive by Dec. 24. Support us every time you shop! 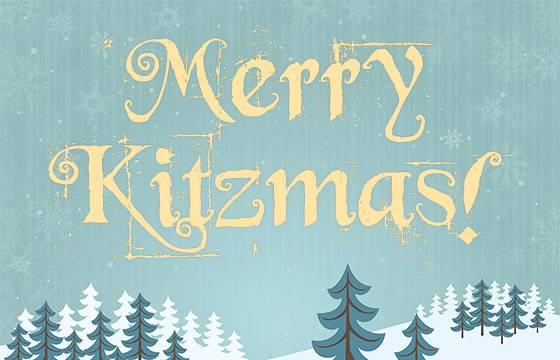 Sunday, December 20, marked the 10th anniversary of Judge John Jones’ decision in the landmark Kitzmiller vs. Dover Area School District case, better known as the court case that finally put intelligent design (ID) creationism on trial. In this week’s eSkeptic, Donald R. Prothero recounts details from that momentous case and its aftermath in the battle between creationism and evolution.

Merry Kitzmas! The 10th Anniversary of the Dover Decision and the Demise of Intelligent Design

Sunday, December 20, marked the 10th anniversary of Judge John Jones’ decision in the landmark Kitzmiller vs. Dover Area School District case, better known as the court case that finally put intelligent design (ID) creationism on trial. The case began in 2004 when creationists on the Dover, Pennsylvania, school board tried to sneak intelligent design creationist material from the Discovery Institute in Seattle into the school curriculum. The science teachers rebelled, as did a number of parents who became plaintiffs in the case. It was finally brought to trial on Sept. 26, 2005, and the trial lasted 40 days and 40 nights before the judge received the case for his deliberation.

During the course of the trial, the witnesses for intelligent design creationism were repeatedly exposed for their bad science, and the documents that were introduced show the clear imprint of having been recycled from older creationist documents. The most striking evidence of this was the discovery of different editions of the textbook Of Pandas and People. Early drafts were full of conventional creationism, but when a federal case struck down young-earth creationism for the final time, the authors just cut and paste a few phrases here and there to remove the references to “God”, “creation”, and “creationism”. In one place, the plaintiffs’ legal team exposed a telltale palimpsest: the phrase “cdesign proponentsists”, where the phrase “design proponents” has been clumsily and incompletely pasted over the word “creationists”.

The plaintiffs’ attorneys also brought together a stellar cast of scientists and philosophers and teachers, all of whom clearly showed that intelligent design creationism was just the religious dogma of creationism disguised with the obvious references to God removed. The most damaging testimony, however, came from creationist school board members Bill Buckingham and Alan Bonsell, who were confronted with the many statements they had made in the past where they clearly stated their religious motivations for introducing intelligent design to the Dover schools, and perjured themselves by denying their creationist motivations during the trial.

Federal Judge John E. Jones III (a conservative church-going Republican appointed by George W. Bush) took most of November and December to review the case and render a verdict. When it came on December 20, I remember being electrified at the news. It was a slam-dunk total victory for the side of science. Judge Jones wrote…