Ever since Michael Shermer wrote Why People Believe Weird Things he has been asked to list the strangest beliefs he’s come across in his quarter century as a professional skeptic. Naturally the criteria of what constitutes “weird” is necessarily subjective, so he considered not just the error of the belief but the wider impact the belief has on society.

As we count down to the new year, we have compiled this list into The Top 10 Weirdest Things Countdown—a printable PDF that you may download for free and share it in this format, as our gift to you, to thank you for your ongoing support during our Annual Fundraising Drive for 2015–2016.

We cannot continue to do what we do without your generous financial support.

MICHAEL SHERMER ON BIGTHINK.COM
In 100 Years, Will People Still Believe in God?

One day, people will look back on humanity’s religious past and laugh, says skeptic and science writer Michael Shermer, in this video, recorded for Big Think. Read more from Michael on this topic on BigThink.com: “Weaning People off Religious Belief Is a Sales and Marketing Problem.”

In this MonsterTalk Christmas Special episode, Blake Smith reads aloud Pickman’s Model, a story by H.P. Lovecraft and gives a brief update about the MonsterTalk podcast. 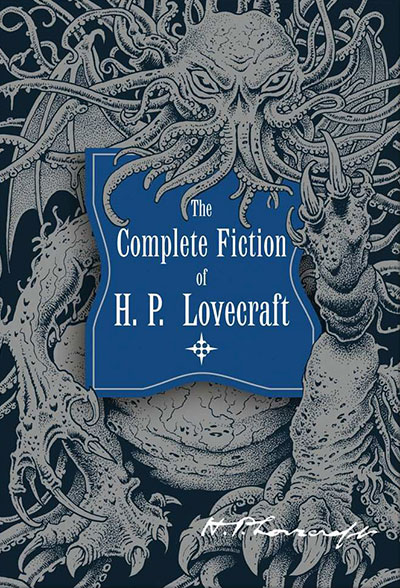 What does it mean to be radicalized? Why can’t we wage a war on extremists? Why can’t we just embrace the moderates to counter extremists? In this week’s eSkeptic, investigative journalist Tina Dupuy proposes the need to re-think the fight against extremists as she examines some backward reasoning about our innate desire to get back to paradise.

Tina Dupuy is a syndicated columnist and investigative journalist. She’s the host of Cultish, a new podcast about fanaticism debuting in February 2016. She lives in New York.

Once Upon a Time: Re-Thinking the Fight Against Extremists

What does it mean to be radicalized? In a rare Oval Office address in the wake of the San Bernardino massacre, President Barack Obama described the killers as having “gone down the dark path of radicalization.” It used to be extremists. We were fighting extremists in the equally nebulous War on Terror. Then someone found a thesaurus and now we’re battling radicalization. “[It] is the responsibility of Muslims around the world to root out misguided ideas that lead to radicalization,” urged Obama. What are these ideas exactly?

Every group of radicals nee extremists—from ISIS to the Klan to the House GOP’s Freedom Caucus—all have the same lure: Today is chaotic, unpredictable and worse than it was, so we must return to a time when things were better. A well-proven formula for radicalization is to take the disorientated, disenfranchised and disappointed; add a universal yarn about the Good Ol’ Days and stir.

Let’s examine some backward reasoning about the past: “Back to basics,” you’ll hear. Back to the values of the founders! Original intent! Back to the peacefulness of ancient times. Back to the core of the Koran. Back to the tranquility of our ancestors! Paleo diet, anyone? Fundamentalists use this concept in their own moniker; they’re going back to fundamentals. Even New Agers peddle this idea. The site SacredEarth.com says, “Once upon a time—not too long ago, the ancient craft of midwifery and the art of herbal healing were intimately linked.” Yeah sure, back in the good old days when women had a 50/50 chance of dying during childbirth. Just a quick Google search of “alternative medicine” will land you in a sea of alternate history. As one site touting amber as a pain reliever puts it, “For many centuries since time began, people have used nature’s bounty for traditional medicine.”

Once, I went to the Brooklyn Flea Market and there was a ratty chair kept together by electrical tape. The price tag was a whopping $250! When I asked the seller if that was a typo, he responded “No,” shocked by the question. “It’s old.” Which is essentially what alternative medicine is saying. “Back when people only lived to 35, they knew better than us!” […] 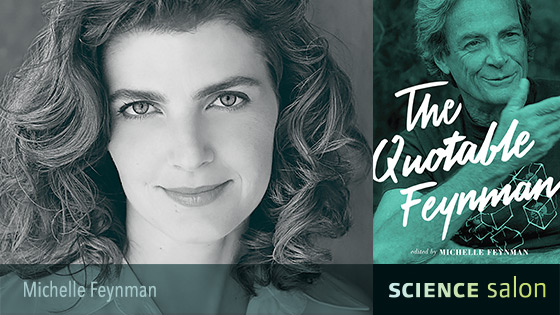 WATCH THE RECORDING FOR FREE

If you missed this Science Salon, you can now watch it for free. Michelle Feynman discusses the life and legacy of her father: Nobel prize-winning physicist Richard P. Feynman.