Praise for the Book

“Michael Shermer is a beacon of reason in an ocean of irrationality.” —Neil deGrasse Tyson

“Dense with facts, convincing arguments, and curious statistics, this is an ingenious collection of light entertainment for readers who believe that explaining stuff is a good idea.” —Kirkus Reviews

“Shermer makes a strong case for the value of the scientific endeavor and the power of rational thinking in 75 brief essays…. Each entry is insightful, informative, and entertaining.” —Publishers Weekly

“Since those old Scientific American issues have been recycled, revive the popular Shermer’s writings with this collection.” —Booklist

“Fossil First: Ancient Human Relative May Have Buried Its Dead” (Reuters). “Why Did Homo naledi Bury Its Dead?” (PBS). These are just two of the many hyped headlines that appeared last September in response to a paper purporting the discovery, in a cave in South Africa, of a new species by paleoanthropologist Lee R. Berger of the University of the. There were reasons for skepticism from the get-go. 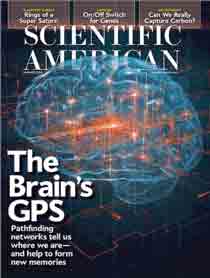 The age of the fossils is undetermined, so it is impossible to conclude where in the hominin lineage the fossils fit. Their hands, wrists and feet are similar to small modern humans, though slightly modified for an arboreal existence, and their brain volume is closer to that of the small-brained australopithecines, like Lucy, so it is not clear that this combination constitutes a new species or a variation on an existing species. Instead of publishing in a prestigious journal such as Science or Nature, for which the peer-review process can be lengthy, the authors opted for a fast-track publication in eLIFE, an open-access online journal. And instead of meticulously sorting through the 1,550 fossils (belonging to 15 individuals) for many years, as is common in paleoanthropology, the analysis was concluded in a mere year and a half after their discovery in November 2013 and March 2014.*

What triggered my skepticism, however, was the scientists’ conjecture that the site represents the earliest example of “deliberate body disposal,” which, as the media read between the lines, implies an intentional burial procedure. This, they concluded was the likeliest explanation compared with four other hypotheses.

* EDITOR’S NOTE January 11, 2016: On January 7, 2016, Michael Shermer responded to critics of this month’s column, originally published on Scientific American’s website) and on MichaelShermer.com. 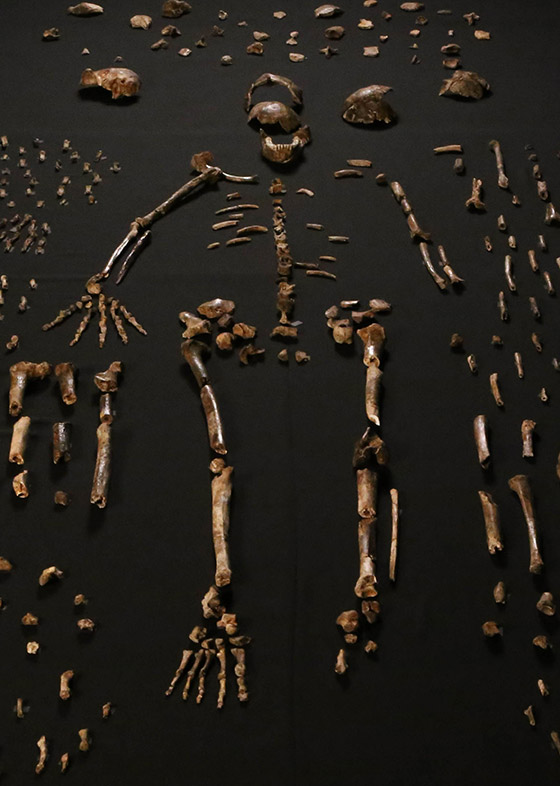 Through random mutation, evolution is relentlessly tinkering—driving species toward diversification. The result is often a wide and bushy family tree that is trimmed and culled by the harshness of natural selection. Could it be that Homo naledi is not a new species at all, but is instead a smaller and more primitive variant of the well known Homo erectus? In this week’s eSkeptic, Nathan H. Lents discusses the recent discovery of Homo naledi, which has created considerable controversy in the world of paleoanthropology.

ABOUT THE PHOTO ABOVE: Homo naledi skeletal specimens by Lee Roger Berger research team [CC BY 4.0], via Wikimedia Commons

Paleoanthropology Wars: The discovery of Homo naledi has generated considerable controversy in this scientific discipline

News of the explosive discovery of Homo naledi in South Africa reverberated throughout the world in September 2015. The scientific, popular, and social media were equally abuzz with the truly breathtaking nature of the find: thousands of fossils, more than a dozen individuals, almost an entire skeleton reconstructed. Never in the 150-year history of paleoanthropology had so much been found at once. In one fell swoop, there are now more fossils of H. naledi than there are of more than half of the other named hominins that lived and died over the past seven million years. It was a one-of-a-kind discovery.

The find was different in another way as well. Lee Berger, the anthropologist leading the study, showed a staunch commitment to get the results of the team’s work, and the fossils themselves, out to the public as soon as possible. Within two years of their initial discovery, the first papers were published and the fossils were made available to the public, and not just in the traditional way of publishing a paper and placing precious fossils behind plate glass for the public to gawk at. Berger and another member of the team, John Hawks, completed extensive three-dimensional imaging of the fossils and provided the resulting data free of charge to anyone. With these data, one can 3D print your very own high-resolution casts of the original fossils. From anywhere in the world, one can obtain a facsimile of the highest possible quality, at no cost except for the materials for the printing. Even in our open-access era, this is an unheard of level of transparency and data sharing.

Despite this great excitement, it didn’t take long for some grumblings to be heard. Paleoanthropologist and National Academy of Science member Tim White, for example, stepped forward as the critic-in-chief. White has earned his place in the field’s hall of fame several times over and perhaps his biggest contribution is Ardi (Ardipithecus ramidus), one of the oldest known hominins. Nearly two million years older than “Lucy” (Australopithecus afarensis), Ardi brought deep insight into how and when the lineage that would give rise to humans diverged from our common ancestor with apes.

The God Distraction, Chapter One: Arguments

This is the second video in Mr. Deity’s new series: The God Distraction. If you missed it, watch the introduction. In Chapter One, Mr. Deity asks whether arguments can settle the question of God’s existence. 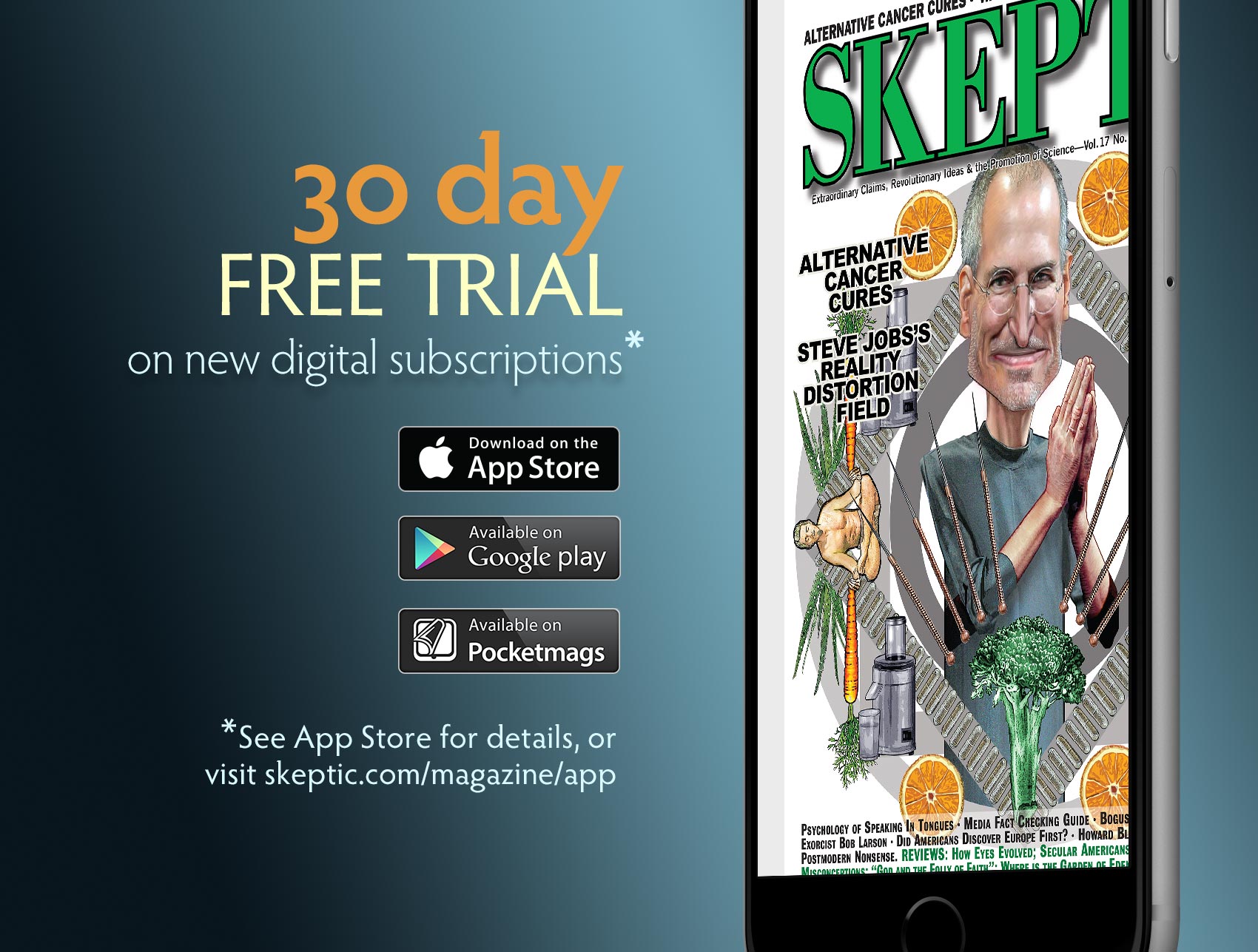