In this book, Dr. Michael Shermer claims that we are living in the most moral period of our species’ history. It is a book about moral progress that demonstrates through extensive data and heroic stories that the arc of the moral universe bends toward truth, justice, and freedom. Of the many factors that have come together over the centuries to bend the arc in a more moral direction, science and reason are foremost. The Scientific Revolution led by Copernicus, Galileo, and Newton was so world-changing that thinkers in other fields consciously aimed at revolutionizing the social, political, and economic worlds using the same methods of science. This led to the Age of Reason and the Enlightenment, which in turn created the modern secular world of liberal democracies, civil rights and civil liberties, equal justice under the law, open political and economic borders, and the expansion of the moral sphere to include more people—and now even animals—as worthy of moral consideration. Epic in scope, The Moral Arc is the Cosmos of human history.

How to Request an Autographed Copy

To request an autographed copy, include the words “Autographed copy” in the Comments box during the checkout process in our online store. Otherwise, copies may not be autographed.

Learn more about the book

SCIENTIFIC AMERICAN “SKEPTIC” COLUMN FOR MARCH 2016
Left Behind: Political Bias in the Academy

In the past couple of years imbroglios erupted on college campuses across the U.S. over trigger warnings (for example, alerting students to scenes of abuse and violence in The Great Gatsby before assigning it), microaggressions (saying “I believe the most qualified person should get the job”), cultural appropriation (a white woman wearing her hair in cornrows), speaker disinvitations (Brandeis University canceling plans to award Ayaan Hirsi Ali an honorary degree because of her criticism of Islam’s treatment of women), safe spaces (such as rooms where students can go after a talk that upset them), and social justice advocates competing to signal their moral outrage over such issues as Halloween costumes (for example, at Yale University). Why such unrest in the most liberal institutions in the country? 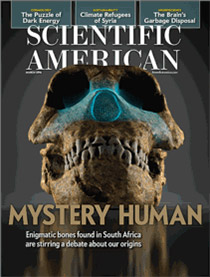 Although there are many proximate causes, there is but one ultimate cause—lack of political diversity to provide checks on protests going too far. A 2014 study conducted by the University of California, Los Angeles, Higher Education Research Institute found that 59.8 percent of all undergraduate faculty nationwide identify as far left or liberal, compared with only 12.8 percent as far right or conservative. The asymmetry is much worse in the social sciences. A 2015 study by psychologist José Duarte, then at Arizona State University, and his colleagues in Behavioral and Brain Sciences, entitled “Political Diversity Will Improve Social Psychological Science,” found that 58 to 66 percent of social scientists are liberal and only 5 to 8 percent conservative and that there are eight Democrats for every Republican. And the problem is most relavent to the study of areas “related to the political concerns of the Left— areas such as race, gender, stereotyping, environmentalism, power, and inequality.” The very things these students are protesting.

This is the third video in Mr. Deity’s new series: The God Distraction. If you missed it, watch the Introduction and Chapter One: Arguments first. In Chapter Two, Mr. Deity questions whether faith in the God of Abraham makes knowledge impossible.

Noted British author, theologian and philosopher Keith Ward of Oxford University will take on scientist and skeptic Michael Shermer in a debate at Chapman University on the nature of reality, science and religion, and God’s existence. The debate will address such questions as: Can science really explain the origin of the universe, life, consciousness and morality without recourse to God? Or does science in fact provide enough evidence to make belief in God rational?

Read about the speakers. Admission is free and open to the public. Get visitor parking information. For more details, call 1-714-997-6636.