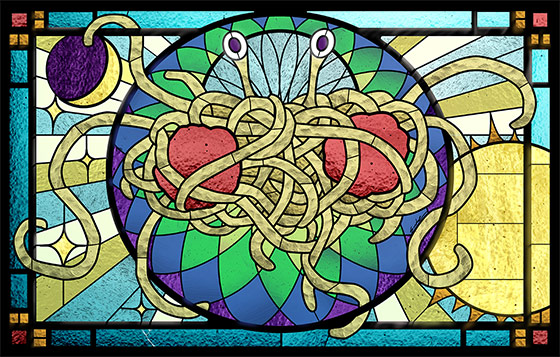 They say “God works in mysterious ways.” Does He intervene in the lives of some people and not others based on the quality of the prayers of their friends and family? In this week’s eSkeptic, in an open letter to Larry Taunton, Michael Shermer questions Taunton‘s belief that his recovery from a bicycle accident was due to divine intervention prompted by the many prayers of family and friends.

Bike Crashes, Divine Intervention, and the Nature of Evil
An Open Letter to Larry Taunton

On my cycling training ride today, which is when I do most of my deepest thinking (unless I’m riding with the Young Turks who like to go fast, in which case there’s no blood in my brain and I’m doing no thinking at all), I had an idea for a debate we could do on theodicy, the nature of good and evil, why bad things happen to good people, and why things happen at all (chance, law, or design), starting with your near-fatal bike crash, recovery, and the credit for it. As your friend and occasional debate partner, and especially as a fellow serious cyclist who has had a few run-ins with cars in my days on the open roads of America, this got my attention and got me thinking…

In your twitter feed following your bike crash and recovery, you thanked God for the “miraculous” nature of your return to health and acknowledged those who prayed for you. Of course you are grateful for being alive given the alternative (although in your case, given your Christian beliefs about the soul and the afterlife, the alternative isn’t such a bad thing, right?). But how do you know it was God and prayer that enabled your recovery? Assuming your tweets were not of the generic gratitude for being alive sort, along the lines of what anyone might mean when they say “thank god for such a beautiful day” or “thank heavens our company didn’t go under this year,” your gratitudinal gestures indicate that you believe divine intervention is what saved you. To wit:

My physicians say that I am a walking miracle. If this is so, it is due to the many prayers offered on my behalf to a mighty God.

Update: Oct 10 Larry was hit head-on by a car while cycling. He’s at home now recovering. He’s grateful for your prayers & glad to be alive.

Good news: Larry’s condition has been downgraded. He’s been moved from ICU to Trauma. He values your prayers as he recovers.

Larry‘s body is broken, but not his spirit. He trusts in God’s sovereign plan and is humbled by your many prayers on his behalf.

Pray for Larry. He was hit by car cycling and is in intensive care in serious but stable condition.

And from your friends:

@LarryTaunton May God comfort and fully restore you, our General in the faith. I agree your greatest days are ahead, hence the attack.

Again, I do not doubt your appreciativeness to your friends and well-wishers for saying nice things—we all like that, of course—but if you also attribute your recovery, at least in part, to divine intervention, then a few questions come to mind. […]

Would you know it if you saw it? 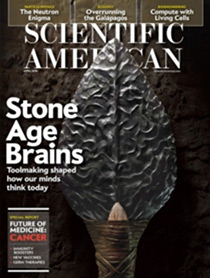 Babble, bafflegab, balderdash, bilge, blabber, blarney, blather, bollocks, bosh, bunkum. These are a few of the synonyms (from just the b’s) for the demotic descriptor BS (as commonly abbreviated). The Oxford English Dictionary equates it with “nonsense.” In his best-selling 2005 book on the subject, Princeton University philosopher Harry Frankfurt famously distinguished BS from lying: “It is impossible for someone to lie unless he thinks he knows the truth. Producing bullshit requires no such conviction.” BS may or may not be true, but its “truthiness” (in comedian Stephen Colbert’s famous neologism) is meant to impress through obfuscation—that is, by saying something that sounds profound but may be nonsense. […]

Richard III grave was excavated in 2012. The story of the discovery is incredible, particularly the account of Philippa Langley’s extraordinary flash of intuition while visiting an ordinary parking lot in 2004, but was this intuition real or is it a case of faulty memory?

The Way of the Mister: Science & Religion are Mortal Enemies, Part III

Brian Dalton explains why the values of science are at war with the values of religion in Part III of The Way of the Mister series entitled: “Science & Religion are Mortal Enemies.” Be sure to watch Part I and Part II first, if you missed them.