One of the key foundations of Zimbardo, Wilson, and Coulombe’s article are the reports of high school and college students about their lack of “normal” sexual functioning. They cite studies of young guys reporting “low sexual desire” and “erection difficulties,” who blame their “condition” on porn. But obsession with “normal” sex is a hallmark of adolescence and young adulthood.1 Exactly what baseline are these 17-year-olds using to decide that their desire isn’t “normal”? Which 19-year-old actually understands enough about sexuality to gauge how much his peers desire sex, how much they enjoy it, how reliable their erections are, and how often they have sex?2

Tales of enormous snakes have been a part of folklore for thousands of years. From myths to legends, to eyewitness testimony and photographs, these stories slither through our culture and seem inescapable. Prepare to recoil in horror as we talk about giant snakes with John C. Murphy, co-author of the fascinating book Tales of Giant Snakes. Do giant man-eating snakes lurk out there waiting to swallow the unwary? The answer is more complicated than you might suspect. 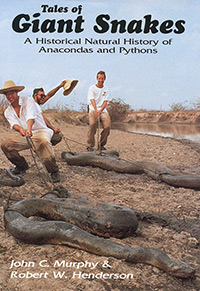 OUR NEXT SCIENCE SALON: MAY 22 In The Jazz of Physics: The Secret Link Between Music and the Structure of the Universe, physicist and jazz saxophonist Dr. Stephon Alexander revisits the ancient realm where music, physics, and the cosmos were one. This cosmological journey accompanies Alexander’s own tale of struggling to reconcile his passion for music and physics, from taking music lessons as a boy in the Bronx to studying theoretical physics at Imperial College. […] For those who could not make it to Pasadena, California for the Science Salon with award-winning biologist and author Sean B. Carroll, we have made a video recording of the event available to you. Watch it online for free.