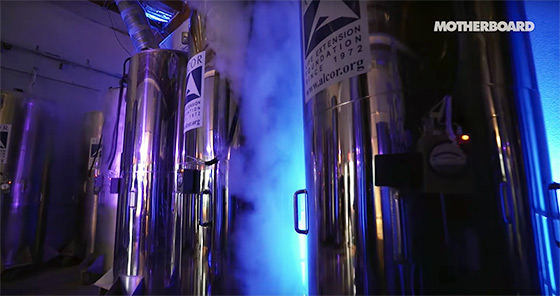 Cryonics and the Quest to Cheat Death

Across America, there are a growing number of enthusiasts and researchers working to solve what they perceive to be science’s ultimate problem: death. Many of them believe that by cooling the human body down to a frozen state, it could preserved until a time when science has advanced enough to bring it back to life. The practice is called cryonics, and researchers have been using the technique since the first patient was preserved in 1967. Since then, over a hundred patients have been frozen across the country, coldly awaiting a future where they can be reanimated.

Skeptic magazine 1.2 (1992)
Can Science Cheat Death?
(Mentioned in the video)
Order it in print or digital formats.

In Frozen Faith: Cryonics and the Quest to Cheat Death, Motherboard explores whether the patients and animals already preserved ever have a chance of coming back to life. Correspondent Ben Makuch meets with the individuals who believe more than anyone else that they’ll live forever via cryonics, and tries to untangle whether they’ve merely found a comforting new religion, or if they’ve actually got it right. Are those who believe in cryonics forward-thinking scientists, or just deluded individuals terrified of death? The film also features Dr. Michael Shermer who brings a skeptical perspective to this fringe science.

There is no such thing as “alternative medicine.” In this week’s eSkeptic, Dr. Harriet Hall, aka the SkepDoc, distinguishes between science-based medicine and CAM. This article appeared in Skeptic magazine 20.3 (2015).

Dr. Harriet Hall, MD, the SkepDoc, is a retired family physician and Air Force Colonel living in Puyallup, WA. She writes about alternative medicine, pseudoscience, quackery, and critical thinking. She is a contributing editor to both Skeptic and Skeptical Inquirer, an advisor to the Quackwatch website, and an editor of Sciencebasedmedicine.org, where she writes an article every Tuesday. She is author of Women Aren’t Supposed to Fly: The Memoirs of a Female Flight Surgeon. Her website is SkepDoc.info.

ABOUT THE IMAGE below: A bee pollinating an Echinacea flower, by Moxfyre (Own work) [CC BY-SA 3.0 or GFDL], via Wikimedia Commons 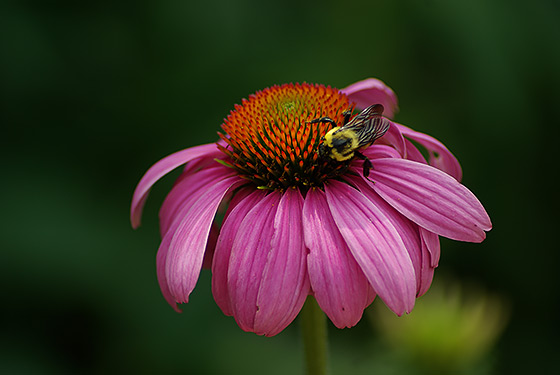 Evidence:
“It Worked for My Aunt Tillie” Is Not Enough

Evidence means different things to different people. Even quacks and their victims claim to have evidence that their treatments work. Sometimes that evidence consists only of testimonials from satisfied customers or from personal experience. “I tried X and I got better.” “I know Y works because it cured my Aunt Tillie’s arthritis.”

Scientists know that the plural of anecdote is not data; no matter how many testimonials you accumulate, they can’t ever prove that the treatment works.

I had a friend who used all kinds of questionable treatments including homeopathy. I asked her how she decided what to try. She said if a friend told her something had worked for him, and if it didn’t seem dangerous, she would try it. That was all the evidence she needed. She didn’t care about scientific evidence because she said, “Science doesn’t know everything.” Comedian Dara Ó Briain had the perfect answer to that: “Science knows it doesn’t know everything; otherwise, it’d stop. But just because science doesn’t know everything doesn’t mean you can fill in the gaps with whatever fairy tale most appeals to you.” When Oprah Winfrey told Jenny McCarthy that experts said there was no scientific evidence that vaccines caused autism, Jenny retorted, “My science is named Evan, and he’s at home. That’s my science.”

There is a huge disconnect between what science-based medicine calls evidence and what alternative medicine and the general public call evidence. They are using the same word, but speaking a different language, making communication next to impossible.

Mr. Deity and The Call

In this episode, Mr. Deity finds out that Jesus has been moonlighting. 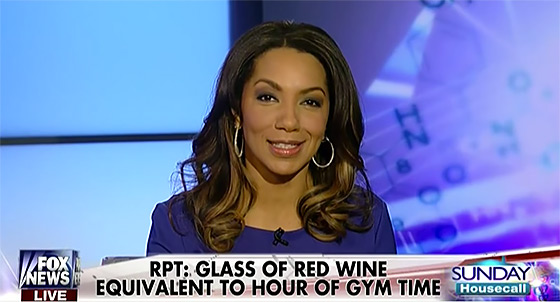 John Oliver discusses how and why media outlets so often report untrue or incomplete information as science.