In this episode of Skepticality, Derek hands over most of the episode to Swoopy who conducts an in-depth interview with Hal Bidlack, a Hamiltonian scholar and performer who gives Chautauqua performances as Alexander Hamilton himself. They discuss how Hal ended up living a double life as Hamilton, and his importance in American history, as well as a bit about the resurgence of Hamilton’s popularity due to the smash-hit Broadway play named after the founder. Bet you didn’t even know there are folks who have doubts about Hamilton! 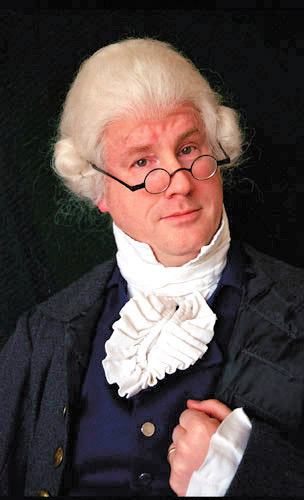 This episode of MonsterTalk explores the life of author and research Montague Summers, a researcher of dogged determination whose own life is shrouded in mystery and occluded by the theatrical. Brian Regal discusses his research into this fascinating and controversial figure of occult studies. 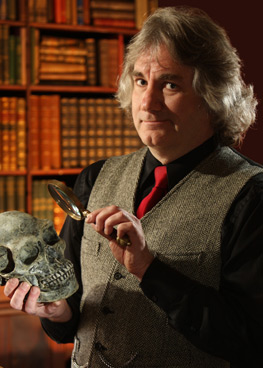 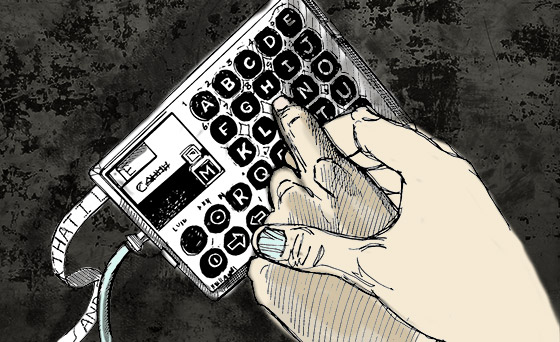 Facilitated Communication requires the “facilitating” hand of the therapist and an alphabet board. The board can be a simple sheet of paper taped to a wall, or it can be a sophisticated electronic keyboard that produces a taped record of the responses.

A mentally disabled person who previously had virtually no communication skills suddenly begins to spell out words, sentences, and whole paragraphs. A child that did not appear to know the difference between a dog and an elephant can now be shown a series of pictures, correctly identifying them one by one, as his hand glides deftly over the keyboard, pecking out the correct letters.

Gina Green traces the history of the Facilitated Community (FC) movement’s rapid growth and widespread adoption—a movement whose validity was accepted largely on faith, with little objective evaluation. Green discusses how scientifically controlled observations have been used to determine authorship in FC, weaving a cautionary tale about the obvious and serious legal, ethical, and practical implications of these findings.

This article appeared in Skeptic magazine 2.3 (1994). Read Gina Green’s bio at the end of this article.

The cliché that “there is nothing new under the sun” applies more than ever to the mental health profession today. We seem to be experiencing a myriad of new techniques to treat the developmentally disabled, Facilitated Communication being one of the most popular, yet in reality their underlying characteristics have been seen before. These components make up the structure of what might be considered a social movement:

Early studies suggested that FC was susceptible to a somewhat unusual kind of abuse: Allowing others to impose their own wishes, fears, hopes, and agendas on nonspeaking individuals.

Parallel phenomena occur in other areas, such as treatments for AIDS, cancer, and various psychological problems. At present the field of developmental disabilities (especially autism) seems to be experiencing an epidemic of novel techniques, or “interventions,” as they are called. Despite its parallels with other techniques, Facilitated Communication (FC) has probably had a greater impact than any other novel intervention in the history of treatment for persons with disabilities.

How does FC work? If you have never seen it in action it is quite a phenomenon to observe. Individuals with “severe communication impairments” (e.g., severe mental retardation, autism) are assisted in spelling words by “facilitators” (teachers or parents) who provide physical support, most often (at least initially) by holding their hand, wrist, or forearm while they point to letters on a keyboard or printed letter display. Right before your eyes, a mentally disabled person that just previously had virtually no communication skills, suddenly begins to spell out words, sentences, and whole paragraphs. Stories are told. Answers to questions are given. A child that did not appear to know the difference between a dog and an elephant can now be shown a series of pictures, correctly identifying them one by one, as his or her hand glides deftly over the keyboard, pecking out the correct letters. The assumption, of course, is that most of the words spelled in this fashion actually originate with the disabled partner and not the facilitator. 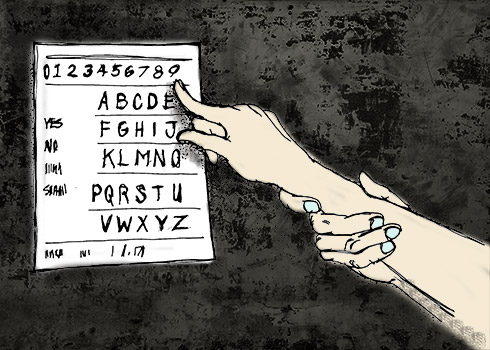 Facilitated Communication requires the “facilitating” hand of the therapist and an alphabet board. The board can be a simple sheet of paper taped to a wall, or it can be a sophisticated electronic keyboard that produces a taped record of the responses.

On its face, FC can seem simple and benign, and sometimes looks quite convincing. Its main proponents sometimes characterize FC simply as a strategy for teaching individuals to point in order to access systems like synthetic speech devices and keyboards to augment their communication. At the same time, however, they claim that it is a revolutionary means of unlocking highly developed literacy, numeracy, and communication repertoires in large numbers of individuals previously thought to have severe learning difficulties. For all the world it looks like a mental miracle, the kind of stuff they make movies about, as in Awakenings. 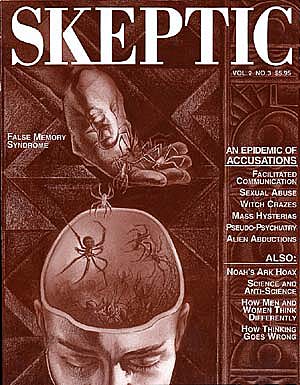 The theory is that many such individuals do not have cognitive deficits at all, but instead have a presumed neuromotor impairment that prevents them from initiating and controlling vocal expression. Their average or even above average intelligence is locked away, awaiting release. The neuromotor disorder is also presumed to manifest itself in “hand function impairments” that make it necessary for someone else to stabilize the individual’s hand and arm for pointing, and to pull the pointing hand back between selections to minimize impulsive or poorly planned responding. Candidates for FC are also presumed to lack confidence in their abilities, and so require the special touch and emotional support of a facilitator to communicate, (i.e., a strap or device to hold the person’s arm steady will not work).

FC thus has an almost irresistible appeal for parents, teachers, and other caring persons who struggle mightily to understand and communicate with individuals who often do not respond or communicated in return. But the very features that make FC so seductive, in combination with some other potent factors, have made it a topic of heated debate between believers and skeptics since its “discovery” in Australia nearly two decades ago.