Robert Lawrence Kuhn on Closer to Truth asks Michael Shermer “What’s ‘new’ about the New Atheists?” Atheism has been around for a long time. There are surely new attitudes and confidence. Are there also new evidence and arguments? If you think that God exists, that is precisely why you should listen to atheists and follow their arguments. Because hope can trump reason, you could be entombed in false belief. Watch the interview with Michael Shermer on CloserToTruth.com. Others who chimed in on this question were: Anthony A.C. Grayling, John Polkinghorne, Keith Ward, and Alister McGrath.

Watch the interview
with Michael Shermer

Watch the other interviews 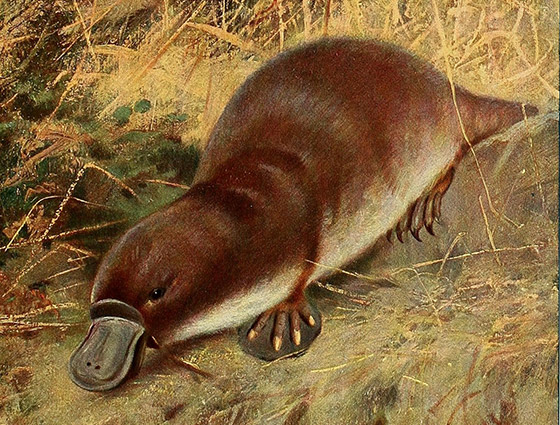 Duckbilled Platypus, plate 34 of Wild Life of the World: A Descriptive Survey of the Geographical Distribution of Animals Volume III, by Richard Lydekker (London; F. Warne and co., 1916) via the Biodiversity Heritage Library [Public Domain]. The question of how the duckbilled platypus got from Brisbane to Baghdad and back without leaving any traces of its journey is still utterly puzzling to this day. ?

In this week’s eSkeptic, Bernard Leikind takes a satirical look at the question of Adam’s IQ and the idea that we only use 10% of our brains.

Bernard Leinkind’s column, “The Question All Skeptics Are Asking,” appeared in Skeptic magazine 4.2 (1996). Read Leikind’s bio at the end of this article.

What Was Adam’s IQ?

Adam’s IQ was 1500! How do I know? I read it in a pamphlet I found at the Institute for Creation Science. Why does Adam’s IQ concern creationists? Because Adam named all of the animals.

Leave aside the interesting question of how the duckbilled platypus got from Brisbane to Baghdad and back without leaving any traces of its journey. Let us not ask when the plants got their names. Let us not worry about insects. Let us accept the creationists’ view that Adam did not have to name all 30 million scientifically defined species but only the 30,000 Biblical kinds of animals. Even this number is too large. Few of us count 30,000 words in our vocabularies, and I doubt that many of us could name 300 animals. There are only 900 different types of animals in the San Diego Zoo! 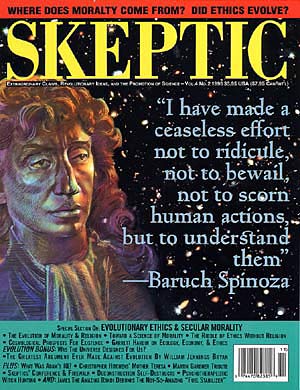 According to the creationist pamphlet, Adam was able to name all of the animals because before The Fall he was able to use all of his brain. Evidently, we are to believe, Adam’s brain was similar to that of a present day genius with an IQ of 150. As everyone knows, we only use 10% of our brains. Since Adam used all of his brain, his IQ must have been1500. Q.E.D.

Some of you may not accept the creationists’ reasoning. You will point out that in Genesis Chapter 2, God created Adam, the first human. By definition, a person of average intelligence has an IQ of 100. If there was only one man, his IQ had to be 100. Later God removed Adam’s rib and fashioned Eve. God’s surgery probably did not change Adam’s intelligence, and Eve was clearly smarter than Adam. After all, she outwitted him about the apple.

Other readers will point to Genesis Chapter 1. In this version of creation, God created man and woman together. Only in Lake Woebegone is it possible for all members of a group to be above average, so Adam’s IQ must have been below 100. […]