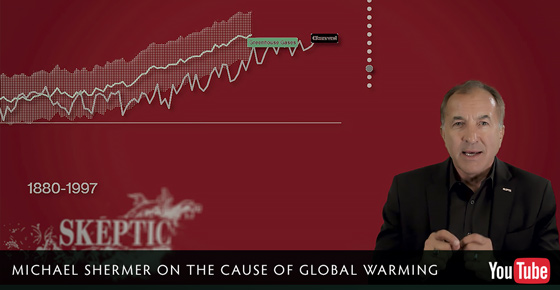 Michael Shermer debunks skeptics of anthropogenic global warming using graphs of things both natural and industrial (from NASA’s Goddard Institute for Space Studies) to see what effect they have had on global temperatures over time. What is really warming the world? Earth’s orbit changes, the sun, volcanoes, deforestation, ozone pollution, aerosol pollution? NO. It really is greenhouse gases! 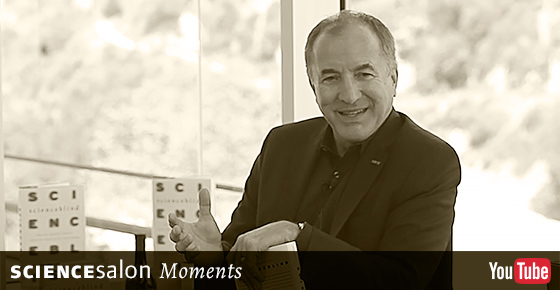 What do you call alternative facts with evidence? You call them facts! Michael Shermer reminds us that the fight against science denialism (i.e. climate change denial, Holocaust denial, denial of evolution, vaccine efficacy denial) and alternative facts is ongoing and that we must always be vigilant and continue the march for science. He reminds us that our religious and political worldviews bias us against evidence that counters our deeply held beliefs.

This Moment is from Science Salon # 11, with Andrew Shtulman: Scienceblind: Why Our Intuitive Theories About the World Are So Often Wrong, which you can watch for free online.

In this week’s eSkeptic, medical sociologist Dr. Robert E. Bartholomew, examines a “baffling epidemic of hallucinations” that was reported to have broken out in Oregon in October of 2016. Was it an outbreak of mass suggestion, or simply an surge of shoddy journalism?

An Outbreak of Mass Hallucinations and Shoddy Journalism: Why We Need Skepticism More Than Ever

When a mysterious epidemic of hallucinations was reported to have broken out in Oregon in October of 2016, media outlets around the world portrayed the story as a baffling medical mystery. There’s only one problem: it never happened. The case of the hallucinating Oregonians serves as a stark reminder of the threat posed by an uncritical media, and the need for skepticism and critical thinking.

This article appeared in Skeptic magazine 22.1 (2017)
Buy this issue

During the early morning hours of Wednesday October 12th, 2016, an extraordinary story began unfolding in the community of North Bend, a small picturesque suburb of Coos Bay nestled along the Pacific Ocean in southwest Oregon. At about 3 am, police responded to a 9-1-1 call of vandalism. The complainant was a 57-year-old woman who was a live-in caregiver for an elderly resident. The caller claimed that several people were trying to remove the roof of her car. When police arrived, they could find no evidence of any crime and soon left. Two and a half hours later, the same woman again called to report that the vandals were back and trying to remove her car roof. Once again police rushed to the scene but could find nothing out of the ordinary. In fact, the responding deputies, Doug Miller and David Blalack, could find no evidence that any crime had been committed. Given the unusual nature of her claims, police grew suspicious that the woman may have hallucinated the episodes. She was taken to the nearby Coos Bay Area Hospital where she was examined by medical personnel, “appeared fine, and returned home.”1 […]

Is the little village of Pluckley truly the most haunted village in England? We interview skeptical ghost hunter Hayley Stevens (The Spooktater) about the curious little town more famous for its dead than its living. 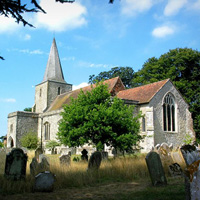 One of the many haunted buildings in Pluckley — St. Nicholas Church — is said to be haunted by two ghosts of the same woman who died in the 1100s (or at least the ghosts appear to be the same person) who have come to be known as the “White Lady Dering” and the “Red Lady Dering.” (photo by Stephen Nunney [CC BY-SA 2.0], via Wikimedia Commons)