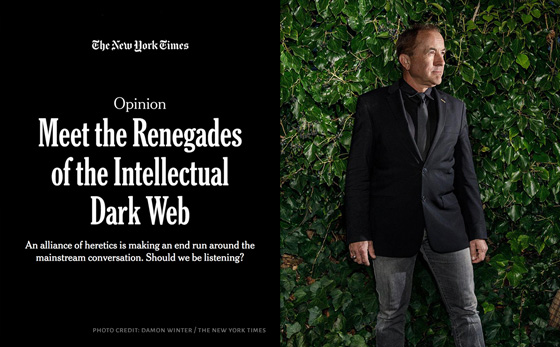 An alliance of heretics is making an end run around the mainstream conversation. Should we be listening?

Your Skeptics Society Executive Director Dr. Michael Shermer is featured in a New York Times article by Bari Weiss on the Intellectual Dark Web, a growing movement that is bypassing the mainstream media to engage in rich intellectual dialogue about the most important issues of our time. 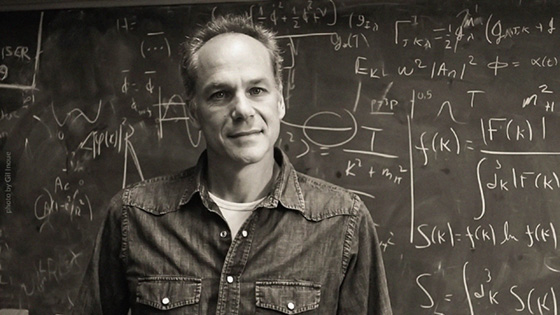 Dr. Marcelo Gleiser — Island of Knowledge: The Limits of Science & the Search for Meaning

This lecture was recorded on October 5, 2014 as part of the series of over 350 Distinguished Science Lectures presented by the Skeptics Society since 1992. 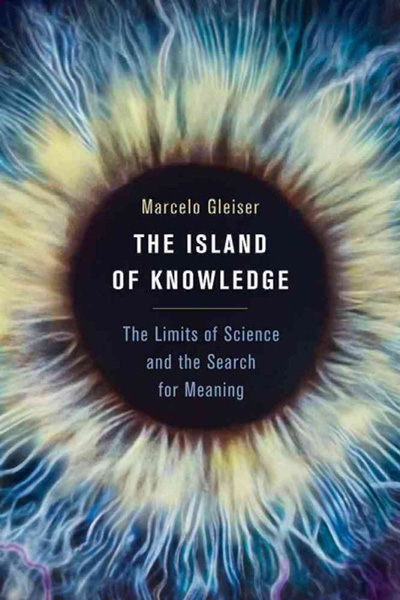 Do all questions have answers? How much can we know about the world? Is there such a thing as an ultimate truth? To be human is to want to know, but what we are able to observe is only a tiny portion of what’s “out there.” In The Island of Knowledge, Dartmouth College astronomer and physicist Dr. Marcelo Gleiser traces our search for answers to the most fundamental questions of existence. In so doing, he reaches a provocative conclusion: science, the main tool we use to find answers, is fundamentally limited. These limits to our knowledge arise both from our tools of exploration and from the nature of physical reality: the speed of light, the uncertainty principle, the impossibility of seeing beyond the cosmic horizon, the incompleteness theorem, and our own limitations as an intelligent species. Recognizing limits in this way, Gleiser argues, is not a deterrent to progress or a surrendering to religion. Rather, it frees us to question the meaning and nature of the universe while affirming the central role of life and ourselves in it. Science can and must go on, but recognizing its limits reveals its true mission: to know the universe is to know ourselves. Order The Island of Knowledge from Amazon. 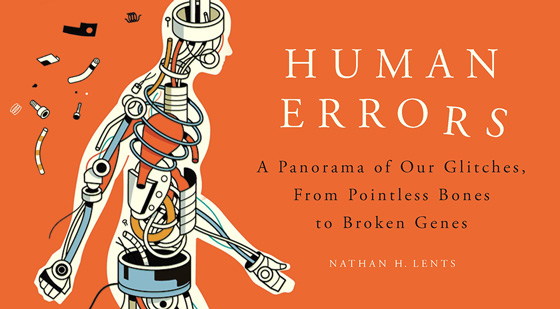 Nathan H. Lent has five questions for proponents of intelligent design, based on his new book Human Errors: A Panorama of Our Glitches, From Pointless Bones to Broken Genes (Houghton Mifflin Harcourt. 2018. ISBN 9781474608343).

Five Questions about Human Errors for Proponents of Intelligent Design

When Charles Darwin first proposed natural selection as the mechanism of evolutionary change, he provided many different lines of reasoning. One of them was that he and other biologists had observed striking examples of suboptimal design in nature. If a creator-God was perfect and designed the world and everything in it according to His perfect plan, how could poor structure/function be explained? If we view the natural world as the product of evolutionary forces, however, imperfection is not so surprising. Rather, examples of poor design reveal interesting things about an organism’s evolutionary past, and that’s the thrust of my new book Human Errors.1

Because courts in the United States rightly determined that creationism is a religious doctrine, not a scientific one, its proponents changed their approach, practically overnight, restyling their position as the theory of “intelligent design,” or ID. By focusing on the seemingly scientific principle of “irreducible complexity” and only implying a vague, unnamed “designer,” supporters of ID claim it as a valid scientific theory, not a religious doctrine necessarily. Notwithstanding the fact that vanishingly few scientists support this theory and that neither were the courts fooled by the semantic shift, ID has become the dominant expression of creationism in the United States and is supported by around 40 percent of the population.2 Support for ID is strongly stratified by age, with only around 25 percent of those under age 30 in support, and is finally beginning to decline after years of holding steady.3

Glitches in nature, particularly in the human body, call out for an explanation.

Even if ID offered intellectual gains over creationism through the principle of irreducible complexity, and a focus on observations rather than biblical scripture, it did little to explain how poor design could be so rampant in creatures that were specifically designed by an intelligent force. Therefore, glitches in nature, particularly in the human body, call out for an explanation. Evolution usually provides elegant and deeply informative explanations. What are the explanations provided by ID? My book documents scores of these “human errors,” but I would love to know what intelligent design supporters say about these five in particular.

1. Why are we designed with nonfunctional pseudogenes?

In the human genome, there exist broken-down versions of once-functional genes. Formally called pseudogenes, these genetic elements have no function and are usually not expressed at all, but they bear striking resemblance to important and functional genes in other species. These genes were rendered inoperative by mutations and, in most cases, whatever function the genes once had we either no longer need or has been taken over by some other genes. In a few cases, however, the breakdown of the gene in question actually hobbles us in some specific way. […]