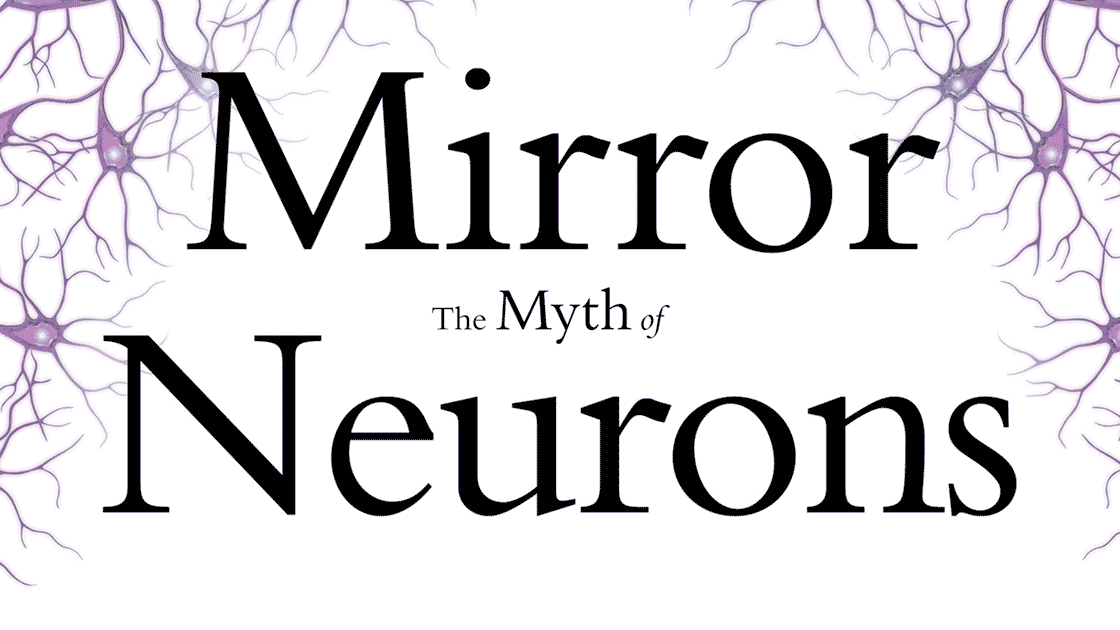 This lecture was recorded on September 21, 2014 — the last in a series of over 350 Distinguished Science Lectures presented by the Skeptics Society since 1992. 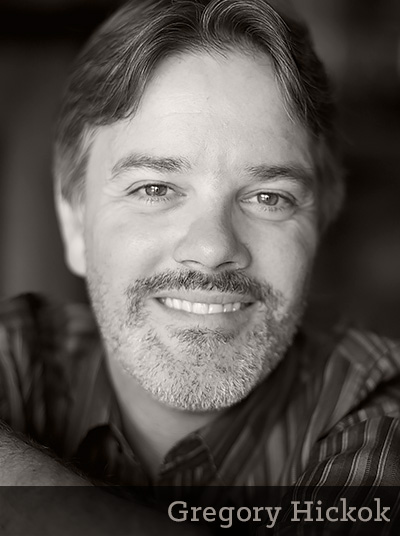 In this myth-busting talk based on his book, U.C. Irvine cognitive scientist Dr. Gregory Hickok calls for an essential reconsideration of one of the most far-reaching theories in modern neuroscience and psychology. Ever since the discovery of mirror neurons in macaque monkeys in 1992 there has been a stream of scientific studies implicating mirror neurons in everything from schizophrenia and drug abuse to sexual orientation and contagious yawning. Drawing on a broad range of observations from work on animal behavior, modern neuroimaging, neurological disorders, and more, Dr. Hickok argues that the foundational assumptions fall flat in light of the facts. He then explores alternative explanations of mirror neuron function while illuminating crucial questions about human cognition and brain function: Why do humans imitate so prodigiously? How different are the left and right hemispheres of the brain? Why do we have two visual systems? Do we need to be able to talk to understand speech? What’s going wrong in autism? Dr. Hickok provides deep insights into the organization and function of the human brain and the nature of communication and cognition. 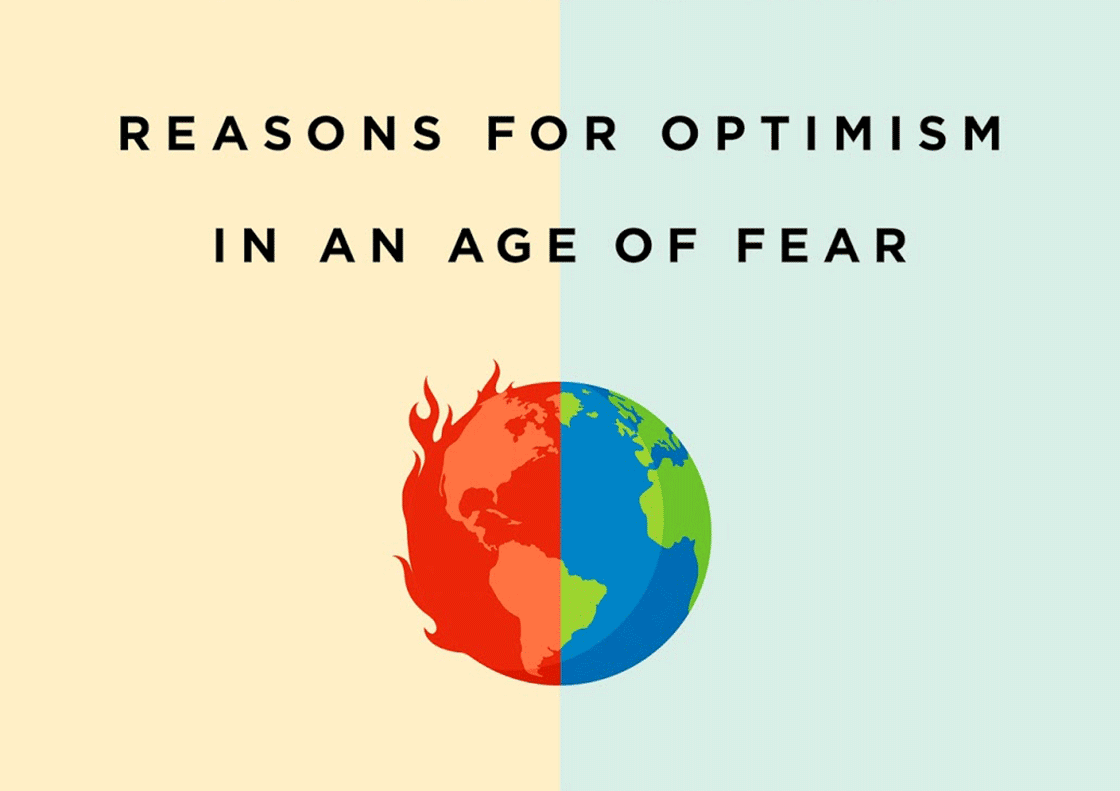 Michael Shermer It’s Better Than it Looks: Reasons for Optimism in an Age of Fear by Gregg Easterbrook (Public Affairs. February 2018. ISBN 9781610397414.) A shorter version of this review was published in the Wall Street Journal on February 28, 2018 under the title “Why Things Are Looking Up”.

Though declinists in both parties may bemoan our miserable lives, Americans are healthier, wealthier, safer and living longer than ever.

In his 1971 book A Theory of Justice, the Harvard philosopher John Rawls argued that in the “original position” of a society we are all shrouded in a “veil of ignorance” of how we will be born—male or female, black or white, rich or poor, healthy or sick, slave or free—so society should be structured in such a way that laws do not privilege any one group because we do not know which category we will ultimately find ourselves in.

Writing during a time when civil unrest over centuries of injustice was spilling out into the streets in marches and riots, Rawls’ work was as much prescriptive as it was descriptive. But 45 years later, at a 2016 speech in Athens, Greece, President Barack Obama affirmed that a Rawlsian society was becoming a reality: “If you had to choose a moment in history to be born, and you did not know ahead of time who you would be—you didn’t know whether you were going to be born into a wealthy family or a poor family, what country you’d be born in, whether you were going to be a man or a woman—if you had to choose blindly what moment you’d want to be born you’d choose now.” As Obama explained to a German audience earlier that year: “We’re fortunate to be living in the most peaceful, most prosperous, most progressive era in human history,” adding “that it’s been decades since the last war between major powers. More people live in democracies. We’re wealthier and healthier and better educated, with a global economy that has lifted up more than a billion people from extreme poverty.”

Data supporting this observation is now readily available through such sites as Hans Rosling’s Gapminder.org, Max Roser’s ourworldindata.org, and Marian Tupy’s humanprogress.org, and in books such as Steven Pinker’s Enlightenment Now (2018), Johan Norberg’s Progress (2016), my own The Moral Arc (2015), Peter Diamandis’ and Steven Kotler’s Abundance (2012), Matt Ridley’s The Rational Optimist (2011), and others. Apparently it’s not enough as pessimism is as prominent as it ever was, if not more during the recent uptick of identity politics and economic nationalism. 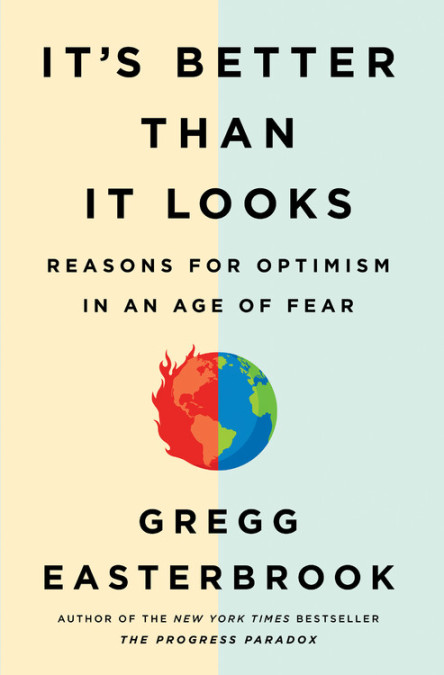 Thus, Gregg Easterbrook’s masterful and comprehensive exposition on why we should be optimistic in an age of pessimism, It’s Better Than it Looks, comes at a propitious moment. Easterbrook backs his sanguine perspective with copious data, and at the same time he demonstrates how a pessimistic perspective can not only lead people to despair but it can nudge voters to elect a man who growled that our economy “is always bad, down, down, down” even as it was climbing up, up, up out of the gravity well of the 2008/2009 recession. Since emotions trump information, apocalyptic political rhetoric crowds out data dumps of positive trends in the spaces of our mind’s decision tree. On average, Easterbrook shows in this rich narrative packed with statistics, while the declinists were bemoaning our miserable lives during the last election, “at no juncture in American history were people better off than they were in 2016: living standards, per-​capita income, buying power, health, safety, liberty, and longevity were at their highest, while women, minorities, and gays were free in ways they’d never been before. There had been no juncture in history at which the typical member of the global population was better off either.” […] 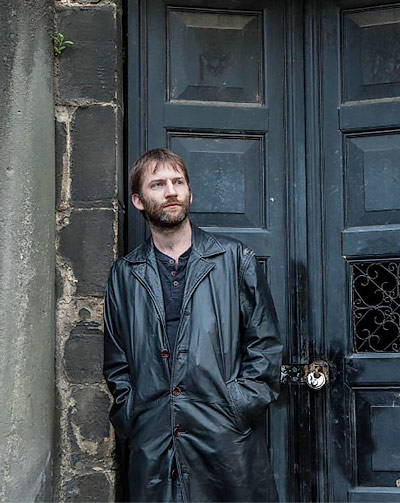 Since the late 1990s people have been reporting strange incidents and injuries when touring the graveyard known as the Greyfriars Kirkyard. Some call it The Mackenzie Poltergeist, but whatever you call it it’s been the claimed cause of numerous injuries and scary stories. In this episode we interview City of the Dead tour-guide Fred Fogarty. We discuss the history of the site, some of the stories, and how one might do deeper research into this mystery. Note: Fred will be appearing at the Hawaii Paranormal Conference July 13–15, 2018.