Michael Shermer with William Poundstone — The Doomsday Calculation: How an Equation that Predicts the Future is Transforming Everything We Know About Life and the Universe In this wide ranging conversation with science writer William Poundstone, answers to these questions, and more, will be provided … or at least considered in the framework of Bayesian analysis. In the 18th century, the British minister and mathematician Thomas Bayes devised a theorem that allowed him to assign probabilities to events that had never happened before. It languished in obscurity for centuries until computers came along and made it easy to crunch the numbers. Now, as the foundation of big data, Bayes’ formula has become a linchpin of the digital economy.

But here’s where things get really interesting: Bayes’ theorem can also be used to lay odds on the existence of extraterrestrial intelligence; on whether we live in a Matrix-like counterfeit of reality; on the “many worlds” interpretation of quantum theory being correct; and on the biggest question of all: how long will humanity survive?

The Doomsday Calculation tells how Silicon Valley’s profitable formula became a controversial pivot of contemporary thought. Drawing on interviews with thought leaders around the globe, it’s the story of a group of intellectual mavericks who are challenging what we thought we knew about our place in the universe. 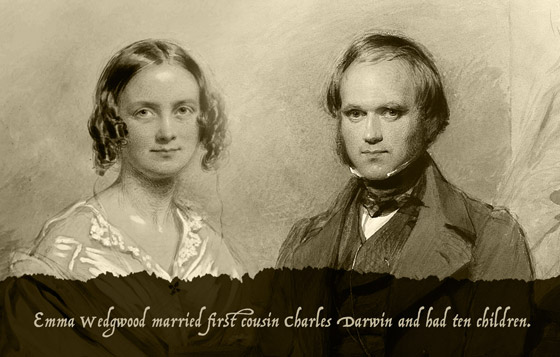 The incest taboo is a human institution; we universally prohibit having sex with siblings, parents, or grandparents, but vary culturally regarding cousins, uncles, and others on our family tree. We disagree on how far prohibition should go, and why. Indeed, natural selection primed us for cousin marriage as it offers some evolutionary advantage. In this article, which appeared in Skeptic magazine 24.2 (2019), Gabriel Andrade asks: How truly dangerous is cousin marriage, and should it be legalized?

How can one forget the dueling banjos of Deliverance? A group of urbanites goes deep into Georgia where they encounter hillbillies. One of the friendlier urbanites tries to establish a rapport with one hillbilly kid, whose countenance is creepy. He appears mentally retarded, suggested to be the result of inbreeding. Yet, he plays the banjo with great agility, to the point that he sets up a musical duel with the guitar playing urbanite. This is only a foreshadow of what will come later: the inbred hillbillies perform all sorts of sadistic acts against the urbanites.

In this era of identity politics there is great concern for African-Americans, Latinos, Muslims, the LGBTQ community, and other groups, but nobody seems to care much about the degradation of Appalachian mountaineers in media and cultural portrayals. As far as everyone else is concerned, their incestuous ways make them seemingly subhuman. Indeed, incest has been the easiest means of character assassination throughout history, as the cases of Oedipus, Marie Antoinette, Anne Boleyn and so many others seem to illustrate. And there is the recurrent cultural trope that once relatives mate civilization collapses. Colombian novelist Garcia Marquez eloquently portrays this in his depiction of the Buendia family in One Hundred Years of Solitude, in which the Buendia family persists for centuries until two distant relatives have sexual intercourse leading to a child with a pig tail, and the disappearance of the ancestral Macondo village.

The incest taboo can be counted as one of the truly universal human institutions.1 Yet, there is disagreement about how far this prohibition should go. There is the universal prohibition for someone to have sex with his/her siblings, parents or grandparents, but there are variations regarding cousins, uncles, and others on the family tree. More important, there is also disagreement about what the rationale for the incest taboo is. This latter point was tested in a well-known experiment by the psychologist Jonathan Haidt in which he presented subjects with the following scenario:

Julie and Mark are brother and sister. They are traveling together in France on summer vacation from college. One night they are staying alone in a cabin near the beach. They decide that it would be interesting and fun if they tried making love. At the very least it would be a new experience for each of them. Julie was already taking birth control pills, but Mark uses a condom too, just to be safe. They both enjoy making love, but they decide not to do it again. They keep that night as a special secret, which makes them feel even closer to each other. What do you think about that? Was it OK for them to make love?2 […]