Geoffrey Miller is a tenured evolutionary psychology professor at University of New Mexico. He’s been writing and teaching about the origins and functions of moral virtues for decades. His previous books include The Mating Mind, Spent, Mating Intelligence, and What Women Want. He got his B.A. from Columbia University, and his Ph.D. from Stanford University. He’s also worked at NYU Stern Business School, UCLA, University College London, and the London School of Economics. He has over 110 publications about sexual selection, mate choice, signaling theory, fitness indicators, consumer behavior, marketing, intelligence, creativity, language, art, music, humor, emotions, personality, psychopathology, and behavior genetics. He has also given 200 talks in 16 countries, and his research has been featured in Nature, Science, The New York Times, The Washington Post, New Scientist, and The Economist, on NPR and BBC radio, and in documentaries on CNN, PBS, Discovery Channel, National Geographic Channel, and BBC. 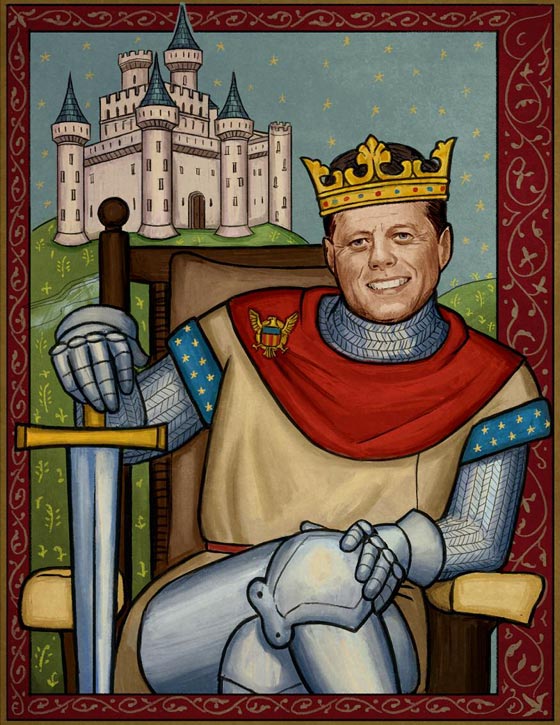 Why did JFK’s untimely death produce so many clashing interpretations of one of the most meticulously documented periods of history? Michel Jacques Gagné examines the reasons shocking events like the Kennedy assassination give rise to conspiracy myths. Such stories, though based on ostensibly historic events, serve a contemporary agenda, namely by scapegoating a source of existential evil and promoting a paranoid counter-ideology to defeat it.

This essay appeared in Skeptic magazine 22.4 (2017) and was presented to the 2017 Concordia-Vanier Liberal Arts Colloquium in Montreal on March 31, 2017, based on a working manuscript titled: The Autopsy of a Modern Myth: Thinking Critically about the Kennedy Assassination.

From Camelot to Conspiracy
Memory, Myth, and the Death of JFK

In his 2007 book Camelot and the Cultural Revolution, the political scientist James Piereson made this insightful observation about the assassination of President John F. Kennedy:

The assassination of a popular president by a communist should have generated a revulsion against everything associated with left-wing doctrines. Yet something very close to the opposite happened. By 1968, student radicals were taking over campuses and joining protest demonstrations in support of a host of radical and revolutionary causes. It is one of the ironies of recent history that many of those young people who filed in shocked grief past the president’s coffin in 1963 would just a few years later embrace as political activists the very doctrines that led Oswald to assassinate him.

The various conspiracy theories that arose in the wake of the assassination must be viewed … not so much as efforts to discover the truth but as aspects of the struggle to find meaning in a seemingly senseless event.1

The sudden and violent assassination of President Kennedy elicited a number of conflicting narratives concerning his life, death, and legacy. On one hand, the Kennedy family and the Johnson administration eulogized the fallen president as a champion of civil rights gunned down by the forces of hatred. This was done partly to counter the claims of many conservatives and reactionaries who held that JFK had been part of a nepotistic Irish-Catholic “mafia,” a corrupt liberal dynasty hostile to traditional American values. Many progressives and leftists countered these popular myths by arguing that JFK had really been a man of peace seeking to end the Cold War and, therefore, fell victim to a secret coup d’état orchestrated by warmongering fascists inside the American political establishment.

Why did JFK’s untimely death produce so many clashing interpretations of one of the most meticulously documented periods of history? This article examines the reasons shocking events like the Kennedy assassination give rise to conspiracy myths. Such stories, though based on ostensibly historic events, serve a contemporary agenda, namely by scapegoating a source of existential evil and promoting a paranoid counter-ideology to defeat it. […]