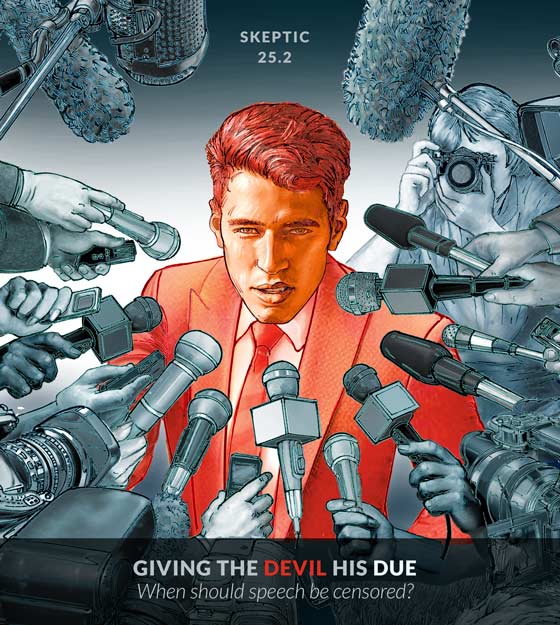 Order the print edition, or download the digital edition today!

Skeptic Magazine 25.2 (2020), Giving the Devil His Due, explores free speech and censorship. PLUS: we examine claims about a government “UFO program;” Religious Intolerance, Witchcraft, Superstition, and Underdevelopment in Africa; Creationism in Brazil; What’s to be Gained Through Rationality?; Where and Why do Science and Religion Conflict; The Conditions Under Which Common, Everyday Bullshit is Most Likely to Emerge, and The Howling Horror of Werewolves!, and more…

The Howling Horror of Werewolves! 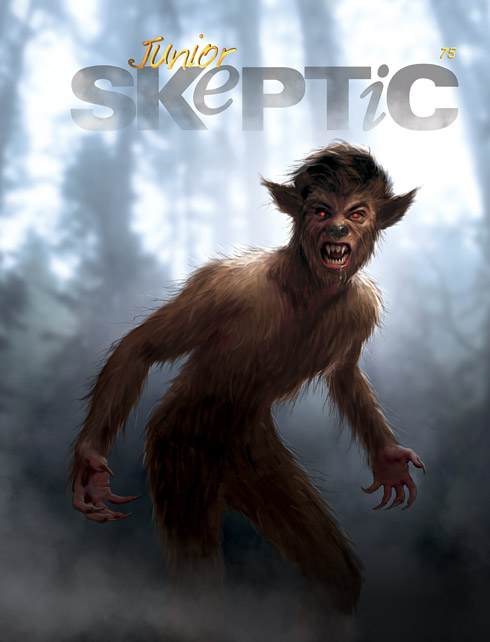 Get issue 75 of Junior Skeptic inside Skeptic magazine 25.2

In this issue of Junior Skeptic, we will dare to track down some of the most ferocious beasts from movies and myth — werewolves! These savage shapeshifters have inspired tales of terror for centuries. People didn’t always believe that werewolves were make-believe creatures. For hundreds of years werewolves were feared as an all too deadly threat. Farmers huddled near guttering candles at night, terrified that bloodthirsty beasts prowled just outside the door. Soldiers hunted werewolves. Accused werewolves were captured and punished. Amazingly, witnesses have even reported werewolf sightings in modern America! How can that be? Let’s find out!

Junior Skeptic — an engagingly illustrated science and critical thinking publication for younger readers (and the young at heart) — is physically bound within each and every issue of Skeptic magazine. About 30 Junior Skeptic back issues are also available as single downloadable PDFs at an amazing price! Michael Shermer with Howard Bloom — Einstein, Michael Jackson, and Me: A Search for the Soul in the Power Pits of Rock and Roll Howard Bloom — called “the greatest press agent that rock and roll has ever known” by Derek Sutton, the former manager of Styx, Ten Years After, and Jethro Tull — is a science nerd who knew nothing about popular music. But he founded the biggest PR firm in the music industry and helped build or sustain the careers of our biggest rock-and-roll legends, including Michael Jackson, Prince, Bob Marley, Bette Midler, Billy Joel, Billy Idol, Paul Simon, Peter Gabriel, David Byrne, AC/DC, Aerosmith, Queen, Kiss, Grandmaster Flash and the Furious Five, Run DMC, ZZ Top, Joan Jett, Chaka Khan, and one hundred more. What was he after? He was on a hunt for the gods inside of you and me. Einstein, Michael Jackson & Me is Bloom’s story — the strange tale of a scientific expedition into the dark underbelly of science and fame where new myths and movements are made. Shermer and Bloom also discuss:

Based in Park Slope, Brooklyn, Howard Bloom has been called “next in a lineage of seminal thinkers that includes Newton, Darwin, Einstein, [and] Freud” by Britain’s Channel 4 TV, and “the next Stephen Hawking” by Gear magazine. One of Bloom’s seven books, Global Brain, was the subject of an Office of the Secretary of Defense symposium with participants from the State Department, the Energy Department, DARPA, IBM, and MIT.

Watch hundreds of courses & lectures when you start a free trial today. Listen or watch on your TV, laptop, tablet, and smartphone.