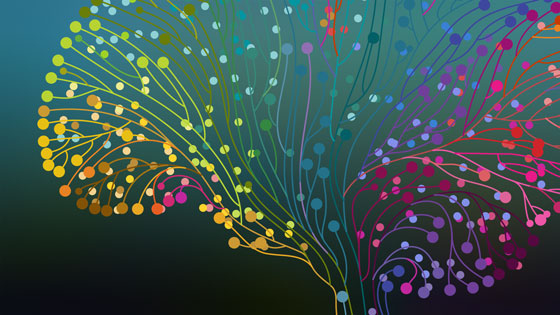 We received a lot of mail in response to our first report of the Skeptic Research Center. We are glad that you have found this work interesting and thank you for engaging with us via email. This enables us to comment a little more on this project. Paraphrasing, some of you are asking, in essence:

Read our responses to these questions on the study page.

In this report, Dr. Anondah Saide and Dr. Kevin McCaffree examine whether political party identification is associated with tolerant attitudes towards individuals with different political views. The data reported on here came from the Social & Political Attitudes Study (SPAS) which surveyed a nationally representative sample of U.S. adults.

Technical and statistical information on this data and analysis is available in the Supplemental Materials for Report SPAS-002.

What is a conspiracy, and how does it differ from a conspiracy theory? Michael Shermer explains who believes conspiracy theories and why they believe them in the following essay, derived from Lecture 1 of his 12-lecture Audible Original course titled “Conspiracies and Conspiracy Theories: What We Should Believe and Why.”

On Friday, March 15, 2019 a 28-year old Australian man wielding five firearms stormed two mosques in Christchurch, New Zealand, and opened fire, killing 50 people and wounding dozens more. It was the worst mass public shooting in the history of that country, prompting Prime Minister Jacinda Ardern to reflect: “While the nation grapples with a form of grief and anger that we have not experienced before, we are seeking answers.”

One answer may be found in the shooter’s rambling 74-page manifesto titled The Great Replacement, apparently inspired by a book of the same title by the French author Renaud Camus. The Great Replacement is a right wing conspiracy theory that claims that white Christian Europeans are being systematically replaced by people of non- European descent, most notably from North Africa, Sub-Saharan Africa, and the Arab Middle East, through immigration and higher birth rates.

The New Zealand killer’s name is Brenton Harrison Tarrant and his manifesto is filled with white supremacist tropes focused on this conspiracy theory, starting with his opening sentence “It’s the birthrates” repeated three times. “If there is one thing I want you to remember from these writings, it’s that the birthrates must change,” Tarrant insists. “Even if we were to deport all Non-Europeans from our lands tomorrow, the European people would still be spiraling into decay and eventual death.” Tarrant then cites the replacement fertility level of 2.06 births per woman, complaining that “not a single Western country, not a single white nation,” reaches this level. The result, he concludes, is “white genocide.”

This is classic 19th century blood-and-soil romanticism, and the self-described “Ethno-nationalist” Tarrant writes that he went on this murderous spree “to ensure the existence of our people and a future for white children, whilst preserving and exulting nature and the natural order.” His screed goes on and on like this, culminating in a photo collage of attractive white people and well-armed militia men.

It is reminiscent of the “Unite the Right” event in Charlottesville, Virginia, in August of 2017 when white supremacists shouted slogans like “blood and soil” and “Jews will not replace us.” Given that there are only about 15 million Jews in the world, Judaism employs no missionary effort at conversion, and birthrates among Jewish families are among the lowest in the world, why would any group worry about being “replaced” by them? They’re not. They’re reflecting the conspiracy theory that Jews control the media, politics, banking and finance, and even the world economy.

In his manifesto Tarrant references the number 14, or the fourteen-word slogan originally coined by the white supremacist David Lane while in federal prison for his role in the 1984 murder of the Jewish radio talk show host Alan Berg. Here are the 14 words:

“We must secure the existence of our people and a future for white children.”

The number is sometimes rendered as 14/88, with the 8s representing the eighth letter of the alphabet— H—and 88 or HH standing for Heil Hitler. Lane, in fact, was inspired by Adolf Hitler’s conspiracy- theory laden book Mein Kampf, in which the Nazi leader rants:

What we must fight for is to safeguard the existence and reproduction of our race and our people, the sustenance of our children and the purity of our blood, the freedom and independence of the fatherland, so that our people may mature for the fulfillment of the mission allotted it by the creator of the universe.

Hitler goes on to identify the enemy of his mission— the Jews—which reflects another conspiracy theory called the “stab in the back,” popular in Germany in the 1920s and 1930s. According to this theory, the only reason the Germans lost World War I was that they were stabbed in the back by the “November Criminals” (the Armistice was signed on November 11, 1918), who the Nazis insisted were Jews, Marxists, and Bolsheviks. […]