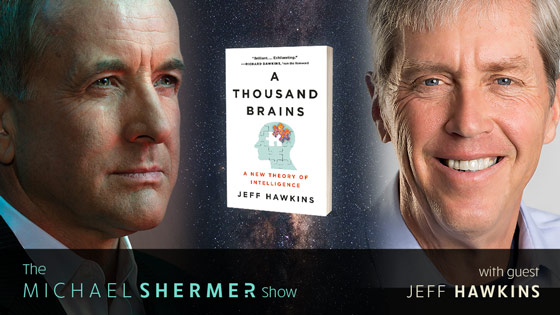 Jeff Hawkins — A Thousand Brains: A New Theory of Intelligence

Michael Shermer speaks with Jeff Hawkins, cofounder of Numenta: a neuroscience research company, about his new book A Thousand Brains: A New Theory of Intelligence in which Hawkins explains how simple cells in the brain create intelligence by using maplike structures to build hundreds of thousands of models of everything we know. Listen to this in-depth dialogue about the discoveries that allow Hawkins to answer important questions about how we perceive the world, why we have a sense of self, and the origin of high-level thought. 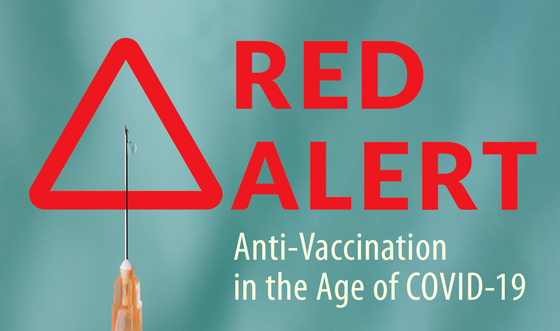 “Governments love pandemics for the same reason they love wars. It gives them the ability to control the population that the population would otherwise never accept.” —Robert F. Kennedy Jr., speaking to an audience of thousands in Berlin on August 28, 2020

Today’s leaders of the anti-vaccination movement, including Dr. Andrew Wakefield in England and Robert F. Kennedy Jr. in the United States, have been alleging over the past two decades that vaccination is injurious to human health. Now the movement has a new target: vaccines for COVID-19. The development of these vaccines, Kennedy claims, has been driven not by concern for health but by corporations seeking profit and “government totalitarian elites.” On Kennedy’s anti-vaccination website, “herd immunity” is dismissed as a “dishonest marketing gimmick.”1 This anti-vaccination messaging has not yet had much impact, since demand for COVID-19 vaccination so far this year has been outrunning supply. But that could change when the amount of available vaccine increases to the point that vaccination becomes available to everyone.

When that happens, the path to herd immunity may encounter a major obstacle: large numbers of people who decline to be inoculated. In early March of this year, an NPR/PBS/Marist poll2 found that 38% of unvaccinated adults in the U.S. answered “No” to the question: “If a vaccine for the coronavirus is made available to you, will you choose to be vaccinated or not?” And in late March a Kaiser Family Foundation poll reported that nearly 30% of Republicans and 30% of white evangelical Christians are saying they will “definitely not” get the vaccination.3 It’s true that public opinion may change as more people get vaccinated, and if over time vaccination becomes a less politically polarizing issue. On the other hand, at least in some states, vaccination rejection is likely to remain substantial.

Resistance to COVID-19 vaccination is also strong internationally: low rates of vaccine acceptance have been reported in the Middle East, Eastern Europe, Africa, and European countries that include France and Italy.4 Regions of sparse or absent vaccination may host new COVID-19 variants that disseminate globally, thereby slowing or halting progress toward herd immunity.

Vaccination is today standard medical practice, and globally 80% of infants are vaccinated during the first year of their lives against some disease. Yet vaccination has always faced resistance based on fear. Edward Jenner pioneered smallpox vaccine in England in 1796 and worked tirelessly to communicate its value to the public. But half a century later in that country, the Anti Vaccination League and the Anti-Compulsory Vaccination League were still trying to convince people that vaccination was dangerous. Despite its manifest benefit, smallpox vaccination had to overcome substantial popular opposition worldwide, and it took nearly two centuries to eliminate the disease.   […] 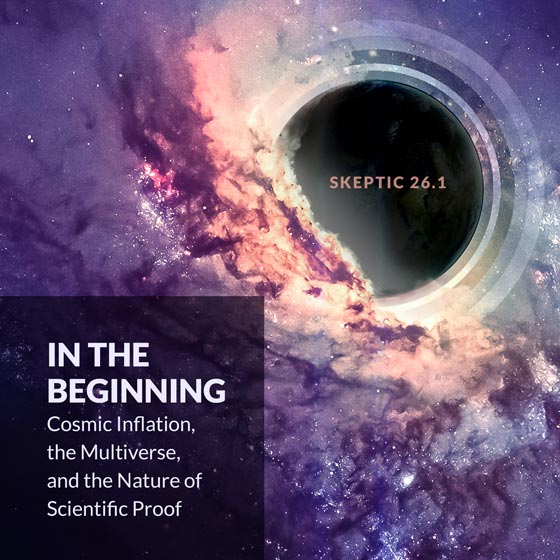