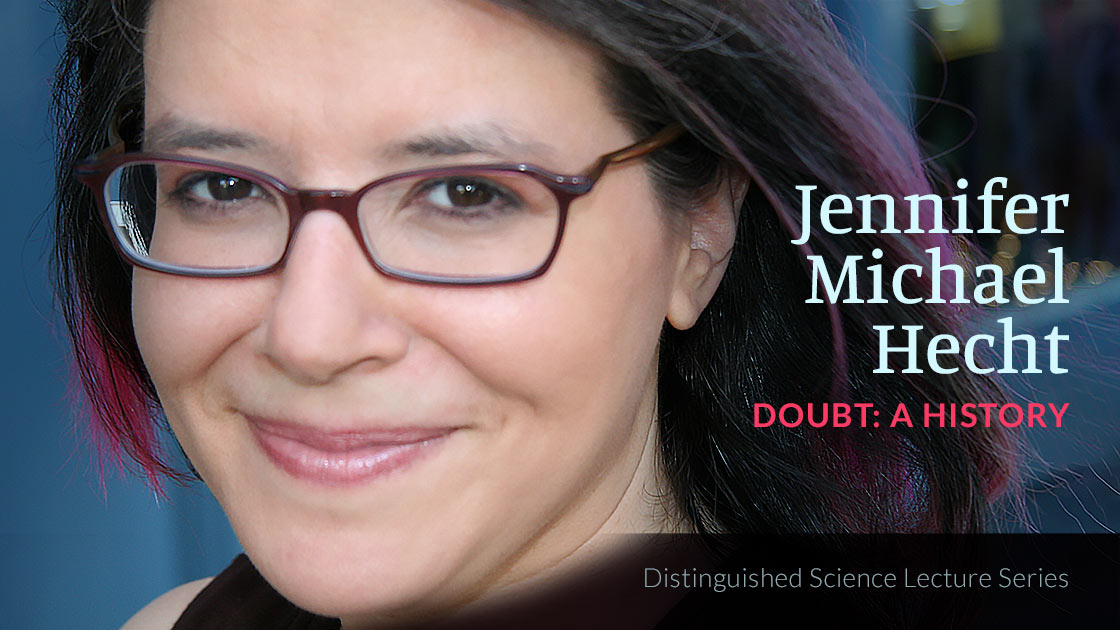 In a sweeping history, Jennifer Michael Hecht celebrates doubt as an engine of creativity and as an alternative to the political and intellectual dangers of certainty. Just as belief has its own history featuring people whose unique expressions of faith have forever changed the world, doubt has a vibrant story and tradition with its own saints, martyrs, and sages. Hecht blends her wide-ranging historical expertise, passionate admiration of the great doubters, and poet’s sensibility to tell a stimulating story that is part intellectual history and part showcase of ordinary people asking themselves the difficult questions that confront us all. Hecht views the history of doubt as not only a tradition of challenging accepted religious beliefs, including the existence of God, but also as a progression of attempts to make sense of life, the natural world, and the self, each on their own terms.

This lecture was recorded on July 10, 2005 as part of the Distinguished Science Lecture Series hosted by Michael Shermer and presented by The Skeptics Society in California (1992–2015).