Kirk Cameron and His Critics: Is Halloween Christian or Pagan?

Eve Siebert explains that while fundamentalist Christian actor Kirk Cameron’s defense of Halloween is simplistic and wrong, those who have criticized him by asserting that Halloween derives from the pagan festival of Samhain also make simplistic and inaccurate claims.

Woo in the White House

Donald Prothero reflects on the pseudoscience of astrology and the powerful influence of Joan Quigley, the recently deceased astrologer to Nancy Reagan during most of the years of the Reagan Administration.

Daniel Loxton shares video from the “Preserving Skeptical History” workshop at The Amazing Meeting 2013 conference, in which he was joined by Ray Hyman, Robert Sheaffer, Susan Gerbic, and Tim Farley.

More On Why Smart People Are Not Always Rational

Barbara Drescher digs further into the roots of irrationality in Part Two of her exploration of the difference between rationality and intelligence. 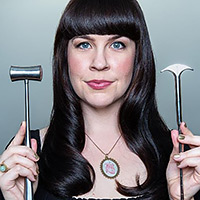 In this episode of Skepticality, Derek steals some time away from Caitlin Doughty (a past guest of Skepticality in 2012, right around Halloween). Once again, Caitlin comes back for the spooky holiday time of year to discuss her first book, Smoke Gets in Your Eyes: And Other Lessons from the Crematory: a personal account of what it’s like to work in the “death business.” Find out a bit more about how Caitlin, born and raised in sunny Hawaii, found herself working as a professional in the business of death. 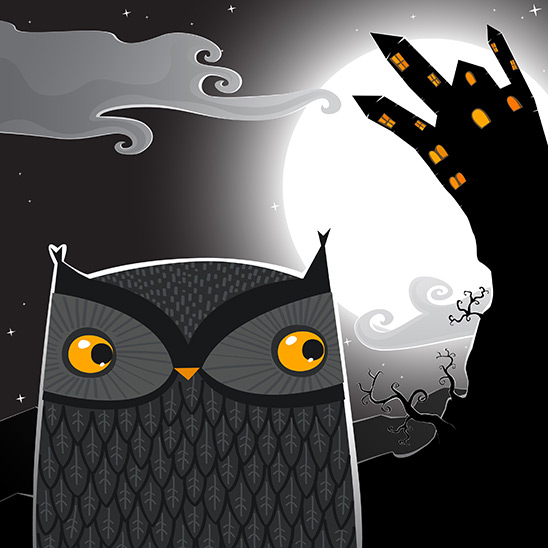 Horror is both the human emotion, and the artistic genre designed to produce that emotion. What is it really, and why do we regularly seek out such an unpleasant experience? In this week’s Halloween edition of eSkeptic, Stephen T. Asma discusses “horror” and our fascination with it.

Stephen T. Asma is the author of On Monsters: an Unnatural History of our Worst Fears (Oxford University Press), and Against Fairness (University of Chicago Press). Asma is a Fulbright Scholar, a fellow at the Research Group in Mind, Science and Culture, and professor of philosophy at Columbia College Chicago.

The Biological and Psychological
Basis of Horror

We live in the age of horror—from entertainment to geopolitics. The word “horror” comes from the Latin verb horrere, to “stand on end” or bristle. The term is often used today to designate an artistic genre that began with the gothic literature of Mary Shelley (Frankenstein, 1818) and Washington Irving (Sleepy Hollow, 1820), and continues to the present, with authors like Stephen King and filmmakers like George Romero and Wes Craven. But “horror” is also the ineffable emotion that we experience when we’re at the very extreme of fear. Horror is both the human emotion, and the artistic genre designed to produce that emotion. What is it really, and why do we regularly seek out such an unpleasant experience?

Not only does one’s hair stand up with terror, but many other common physiological changes overtake the horrified person. Anthropologist and neuroscientist Melvin Konner explains that “the sympathetic nervous system is aroused during fear and flight as well as during rage and attack. The nerve net, balanced by the braking power of the parasympathetic system, spurs the increase of heart rate, rise in blood pressure, increased flow of blood to the muscles, and decreased circulation to the viscera that accompany fear and flight in many animals.” These sudden changes are also accompanied by the reflexive emptying of bladder and bowel, in order to help an animal prepare for fight or flight.

We also know that fear has a significant hormonal component. Corticotropin releasing hormone (CRH), cortisol, and adrenaline are some of the hormonal triggers and gates associated with fear. Scientists have been able to manipulate these in the laboratory and produce more and less fearful behavior in mammals. Experiments with mice have shown that if biologists insert a gene that makes corticotropin releasing hormone (CRH), they will produce a more fearful mouse. But removing the gene that builds the CRH receptor, thereby gating the entry of the hormone, will result in an extremely fearless mouse.

But horror is filled with many strange hybrid creatures and dismembered beings that far exceed the shapes and behaviors of regular predators. When Ichabod Crane, or anybody in this genre, encounters a menacing headless person, their fear might be broken down and analyzed in terms of cognitive mismatch. The sight of a combined normal (human) and abnormal (headless) creature bearing down on you, is a mental phenomenon of confusion between what should be the case (having a head) and what is the case (no head). And perhaps this confusion produces fear as an automatic secretion from the cognitive tangle.

Psychologists Donald Hebb and Wolfgang Schleidt separately experimented on fear in animals and found that fear is not a result of a hardwired phobia of specific predators, but a developmental arousal of our cognitive categories. When birds and mammals are born they have flexible categories that store associations. But these categories solidify quickly after birth and become default ways of interpreting the world. When any strange creature appears (one not corresponding to any default categories), the subject becomes aroused and fearful. According to psychologist Mary Ainsworth’s “strange situation” experiments, human default categories solidify around six-months old, and babies after that time are much more frightened by anything “strange.” The mismatch, according to this theory, causes the fear and arousal.

The philosopher Noel Carroll invented the term “category jamming” for experiences that violate our folk taxonomy of nature (hybrids), or violate our categories of animate and inanimate (cue zombies for the transitional stage). This view fits quite nicely with Hebb’s and Schleidt’s mismatch theory. Carroll arrives at his own mismatch theory by noticing that most horror monsters are disgusting as well as threatening, and we’re especially disgusted by “impurity.” Things that we find impure, and consider as abominations, are usually indeterminate entities—in between normal categories of being. For example, blood, feces, spit, snot, and vomit all blur the usual categories of me and not me, or human and not human. So many monsters have mucus-like slime oozing off them, or gelatinous blebbing, or sexual undulation, or viscous uncanny twisting.

Carroll thinks that it is this cognitive slippage, invoked by monsters, that explains why we are both repelled and drawn to horror films and novels. The fascination and arousal produced by categorical mismatches, is the solution to the paradox of why we seek out an experience that is at least partly unpleasant. This argument is somewhat compelling, but perhaps a bit too cognitive and intellectual, and not deep enough into the cellar of our reptilian brains.

Many of the creatures of the horror genre—like the “face-hugger” creature in Alien—are composites of real-life natural history enemies. Snakes and spiders horrify most humans, so mixing them together into one creature may well amplify the terror. Arachnophobia, or fear of spiders, is a human universal, especially in children. Biologist Tim Flannery asks, “Why do so many of us react so strongly, and with such primal fear, to spiders? The world is full of far more dangerous creatures such as stinging jellyfish, stonefish, and blue ringed octopi that—by comparison—appear to barely worry most people.”

Flannery offers a Darwinian story that connects human arachnophobia to our African prehistory. Since Homo sapiens emerged in Africa, he suggests that a species of spider could have been present as an environmental pressure. If humans evolved in an environment with venomous spiders, then a phobia could have been advantageous for human survival and such a trait could be expected to gain greater frequency in the larger human populations. The six-eyed sand spider of Western and Southern Africa actually fits that prediction very well. It is a crab-like spider that hides in the sand and leaps out to capture prey. Its venom is extremely dangerous to children, and one can see how a fear of spiders, in this African context, would have been highly advantageous. So our contemporary arachnophobia may be a leftover from our prehistory on the savanna.

Is the phylogenetic “memory” of ancient danger somehow rewritten in our contemporary brains as Flannery seems to be suggesting here, or is the categorical mismatch system enough to make spiders and snakes horrible? Some evolutionary psychologists expect to find a morphological archetype of “scary spider” somewhere in the inherited mental landscape, but the developmental mismatch theory suggests a different mechanism to explain the same universal phobia.

If early Homo sapiens babies spent most of their first year strapped to their mothers or otherwise protected (and off the ground) by parents and alloparents, then creepy-crawlies of every variety would, once encountered, radically disturb the default categorical systems laid down in the child’s first six months. The same argument can be enlisted to help explain other cases of predator-based phobias, like fear of big cats, crocodiles and murky water, and other ecological threats. It also explains similar phobias in our primate cousins (chimps have snake phobias too). And if we add the emerging imagery and stories of early human culture (e.g., cave paintings and gestural reenactments), we can see how “adaptive horror” can be strengthened, reinforced and transmitted beyond the automatic process of categorical mismatch.

The cultures of horror are built upon the adaptive biology of fear, but we’ve now become connoisseurs of terror. And we’ve had a long history of recruiting this biocultural emotional system to help us demonize our political enemies. But horror also helps us prepare, so to speak, for real terror. As Stephen King says, “We make up horrors to help us cope with the real ones.”