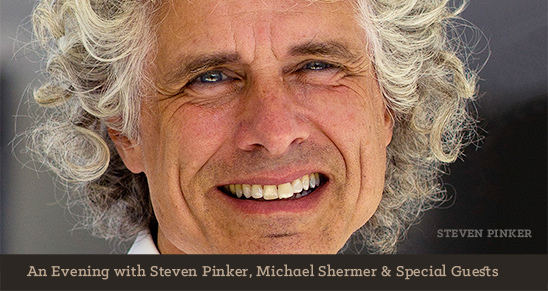 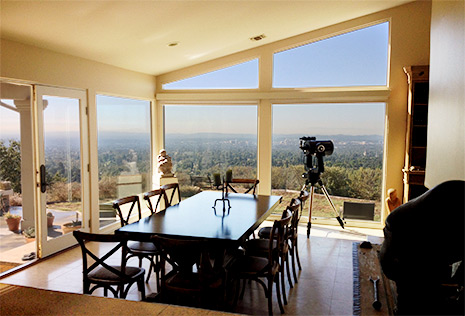 In conjunction with the annual fundraising drive for the Skeptics Society, a 501(c)(3) nonprofit science education organization, Michael and Jennifer Shermer are hosting a dinner, wine tasting, and star party at their home in the mountains of Altadena, just up the hill from Caltech. Cost is $600/plate. $550 of the $600 donation is deductible. Your donation guarantees you a front-row seat in Baxter Lecture Hall for Pinker’s 2pm talk (see lecture details in the lecture announcement below), plus a signed copy of his new book, A Sense of Style. You will have a spectacular sunset view of all of Southern California from their cliffside home, and enjoy viewing Mars, Saturn, and the moon through their 8-inch Meade telescope that night. Good cause, good fun. Reserve your seat online with a minimum $600 donation and join us! For more information, please call our office at 1-626-794-3119.

Donate now
to reserve your seat 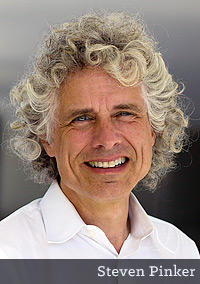 The Sense of Style: The Thinking Person’s Guide
to Writing in the 21st Century

PLEASE NOTE: This lecture is on a different day than usual.
It is on a Saturday.

WHY IS SO MUCH WRITING SO BAD, and how can we make it better? Is the English language being corrupted by texting and social media? Do people write badly on purpose, to obfuscate and impress? Have dictionaries abandoned their responsibility to safeguard correct usage? Do kids today even care about good writing? In his latest book the Harvard linguist, cognitive scientist, bestselling author (The Language Instinct, How the Mind Works, The Blank Slate, and The Better Angels of Our Nature) and chair of the Usage Panel of The American Heritage Dictionary, Dr. Steven Pinker, answers these questions and more. Pinker applies insights from the sciences of language and mind to the challenge of crafting clear, coherent, and stylish prose. Filled with examples of great and gruesome modern prose, The Sense of Style shows how the art of writing can be a form of pleasurable mastery and a fascinating intellectual topic in its own right, that is also informed by science. Order The Sense of Style from Amazon. A book signing will follow the lecture.

LECTURE-ONLY TICKETS FOR STEVEN PINKER: First come, first served at the door. Seating is limited. $10 for Skeptics Society members and the JPL/Caltech community, $15 for nonmembers. Your admission fee is a donation that pays for our lecture expenses. For a front row seat, an autographed book, and the dinner event at Michael Shermer’s home, the cost is $600, and should be reserved online in advance via the donation link above.

LECTURE, BOOK, AND DINNER EVENT TICKETS FOR STEVEN PINKER: For a front row seat, an autographed book, and the dinner event at Michael Shermer’s home, the cost is $600, and should be reserved online in advance. 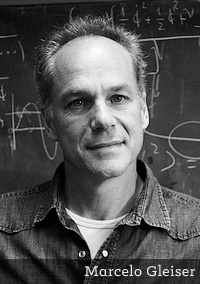 Island of Knowledge: The Limits of Science & the Search for Meaning

DO ALL QUESTIONS HAVE ANSWERS? How much can we know about the world? Is there such a thing as an ultimate truth? To be human is to want to know, but what we are able to observe is only a tiny portion of what’s “out there.” In The Island of Knowledge, Dartmouth College astronomer and physicist Dr. Marcelo Gleiser traces our search for answers to the most fundamental questions of existence. In so doing, he reaches a provocative conclusion: science, the main tool we use to find answers, is fundamentally limited. These limits to our knowledge arise both from our tools of exploration and from the nature of physical reality: the speed of light, the uncertainty principle, the impossibility of seeing beyond the cosmic horizon, the incompleteness theorem, and our own limitations as an intelligent species. Recognizing limits in this way, Gleiser argues, is not a deterrent to progress or a surrendering to religion. Rather, it frees us to question the meaning and nature of the universe while affirming the central role of life and ourselves in it. Science can and must go on, but recognizing its limits reveals its true mission: to know the universe is to know ourselves. Order The Island of Knowledge from Amazon. A book signing will follow the lecture.

TICKETS FOR MARCELO GLEISER: First come, first served at the door. Seating is limited. $10 for Skeptics Society members and the JPL/Caltech community, $15 for nonmembers. Your admission fee is a donation that pays for our lecture expenses.

Welcome to INSIGHT at Skeptic.com

Daniel Loxton introduces the Skeptics Society’s brand new group blog, INSIGHT at Skeptic.com, and invites people from all walks of life to share in the spirit of curiosity.
READ THE POST

MonsterTalk’s Blake Smith reflects on the daunting, cheerful thrill of bringing something new into the world.
READ THE POST

Mike McRae reflects that while advertising a brand is par for the course when selling merchandise, selling science is not quite the same thing. Is it? READ THE POST

GUEST POST
Who Needs It? (Science and Critical Thinking, That Is)

In a guest post, Eugenie Scott welcomes the creation of the Skeptics Society’s new INSIGHT blog, and argues that science and critical thinking are for everyone. READ THE POST

What is organized skepticism good for, and does it matter?

Jim Lippard discusses the birth of the modern skeptical movement, and introduces some of the questions he plans to ask about the successes, shortcomings, and conceptual foundations for that ongoing project. READ THE POST

Donald Prothero explains that while Dr. Eben Alexander claims that he visited heaven while in a coma, awkward details cast serious doubt on his story. READ THE POST

Michael Shermer reflects on the life and skepticism of physicist Victor Stenger. READ THE POST

Why Smart People Are Not Always Rational

Barbara Drescher tells the story of a very smart man who made a very stupid decision, and digs into the difference between “intelligence” and “rationality.” READ THE POST

Misplaced Objects: How We Hide Things from Ourselves

Ani Aharonian wonders where the heck her passport might have gone—and reflects on the psychology of misplacing objects as a result of intentional placement.
READ THE POST 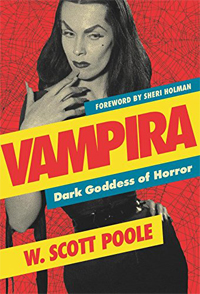 In this episode of MonsterTalk, Blake conducts a pop-culture interview with historian Scott Poole on the first monstrous horror movie host, Vampira (Maila Nurmi). His new book is Vampira, Dark Goddess of Horror. 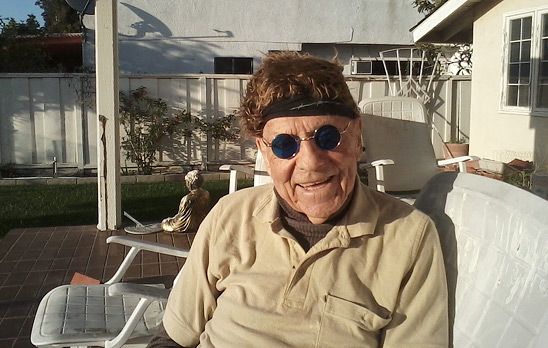 Gerald Alexander Larue, Senior (1916–2014) showing his zany side last summer, wearing a wig and hippie glasses that his son, David, put on him. (Images herein courtesy of David Knight Larue)

In this week’s eSkeptic, David Knight Larue remembers one of the pioneers of the modern skeptical movement: his father, Gerald Alexander Larue, Senior, who passed away on September 17, 2014 at the age of 98.

From Pastor to Atheist Scholar and Ethical Humanist

One of the pioneers of the modern skeptical movement, Dr. Gerald Alexander Larue (June 20, 1916 — September 17, 2014) —emeritus professor of religion at the University of Southern California—died Wednesday, September 17th, from a stroke associated with a gastro-intestinal bleeding event. He was 98 years old and lived a long full and happy life to the end, just as he encouraged others to do through the joy of the humanistic worldview.

Dr. Laure received Bachelor of Art and Bachelor of Divinity degrees from the University of Edmonton in Canada where he began his career as a minister with the United Church of Canada; he served pastorates in Canada and the United States from 1945 to 1953. He later moved to California to pursue a Doctor of Theology degree at the Pacific School of Religion, in Berkeley. While in undergraduate and graduate school, professors cheerfully called him “Heretic Larue,” which turned out to be a harbinger of things to come. In 1958, he accepted a professorship at the University of Southern California in the School of Religion. His textbook Old Testament Life and Literature was widely distributed and benefited from his numerous archaeological studies in the Near East. His focus in religious studies was differentiating folk tales, myth and legend from fact that could be substantiated, especially using archaeological studies. 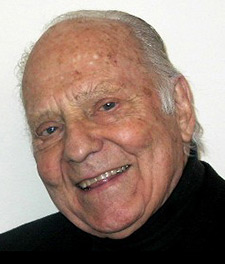 As part of the free thought movement, Larue published books on Sex in the Bible, The Supernatural, The Occult and the Bible, and other scholarly studies in which stories and perceptions from the Bible were compared to known fact. Because he constantly challenged the literal interpretation of the Bible, humanist groups became interested in his work. Here was a man, widely regarded as an atheist, who was a former practicing minister, an archaeologist and true Bible scholar! In return, Dr. Larue worked more closely with humanist groups, his books exploring concepts such as The Way of Ethical Humanism and The Way of Positive Humanism. Death with dignity became a subject of his research, which he summarized in his book Playing God: Fifty Religion’s Views on Your Right to Die. He was the founding president of the Hemlock Society (Death with Dignity) which was created by Derek Humphry.

One of Larue’s most popular adventures was as a co-conspirator to show the shoddy nature of Creationist “scientific research.” It came about when one of Dr. Larue’s friends, George Jammal, made an outrageous and poorly substantiated claim that he had found, intact, the real Noah’s Ark, from which he produced an actual piece of wood. This “discovery” was publicized nationally in a special on CBS without any vetting (Jammal used the pseudonym “Allis Bullshitten,” which was somehow missed by all concerned). A week later, Dr. Larue revealed the nature of the hoax to Time magazine, causing a large round of finger pointing (including at him).

Dr. Larue was also the co-founder of the Committee for the Scientific Investigation of Religion, which challenged other poorly substantiated religious miracles, such as pictures showing weeping Madonnas and sightings of the Virgin Mary. He was the author of more than 17 books. He received the Humanist of the year award from the American Humanist Association in 1989.

As a professor at USC, he received awards for his teaching, and was popular with the students. He also was presented with a Faculty Lifetime Achievement Award and the Leibovitz Award. After retiring from the School of Religion, he then taught another 25 years at the School of Gerontology, until retiring at age 90 in 2006, to concentrate on interacting with his granddaughter and two step-grandchildren. 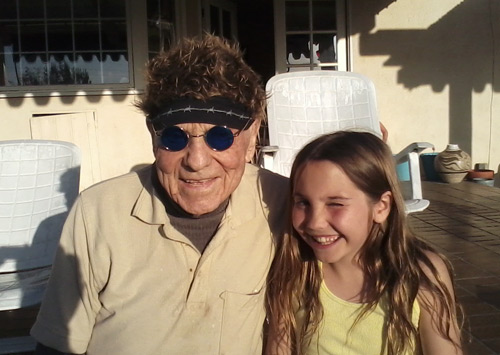 Gerald and his grand-daughter, Susan