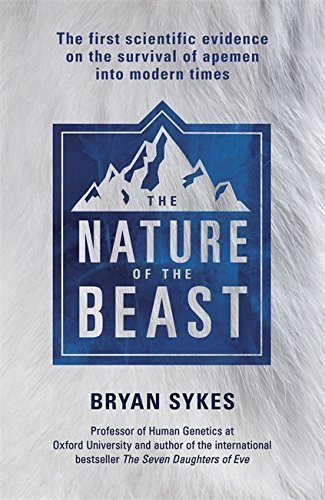 Get the MonsterTalk Podcast App

In the 100th episode of MonsterTalk: The Science Show About Monsters, DNA researcher and author Bryan Sykes discusses the research behind his landmark book The Nature of the Beast: The First Genetic Evidence on the Survival of Apemen, Yeti, Bigfoot and Other Mysterious Creatures into Modern Times; plus, thoughts and reflections on 100 episodes of MonsterTalk, including hearing from many listeners about their own favorite monsters…

Top 10 Most Popular Episodes of MonsterTalk

Ancient Alien Astronauts
Dr. Ken Feder, author of Frauds, Myths, and Mysteries, on ancient alien astronauts
Cthulhu Rises
Robert M. Price on the life of H.P. Lovecraft, the history of the Cthulhu Mythos, religious beliefs and racism; plus PZ Myers on the biology and physiology of cephalopods
Bigfoot DNA
Dr. Todd Disotell on his various appearances on cryptozoology television shows as the DNA expert
The Columbus Poltergeist (featuring James Randi)
James “The Amazing” Randi on the story of Tina Resch and the paranormal phenomena known as a poltergeist
Squatching with The Krampus
Scott Herriott, host of The Bigfoot Show, on his personal quest to find Bigfoot—and the people he’s met in that search
Sasquatch: Ketchum If You Can
Dr. Todd Disotell on Melba Ketchum’s Sasquatch DNA research
The Warren Omission
Joe Nickell and Steven Novella on the story of Ed and Lorraine Warren and demonic forces in Rhode Island
Speak of the Devil
Robert M. Price on the biggest and most well known villain in Western culture: Satan
Monsters in America
Dr. Scott Poole on the history of monsters from colonial America to modern times
Fangs That Go Bump in the Night
Richard Sugg on his fascinating research into historic vampire cases 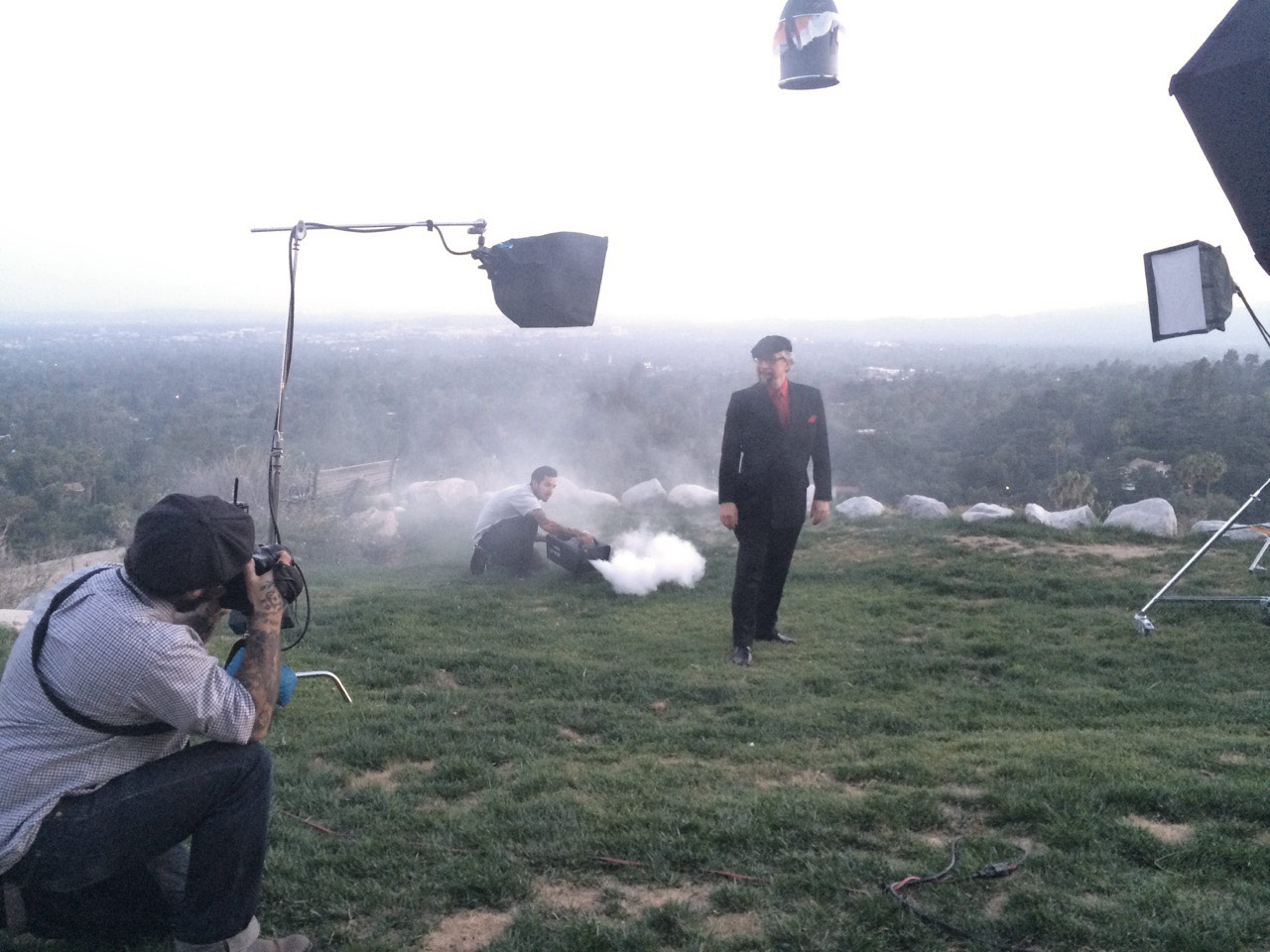 Jamy Ian Swiss in a photoshoot, at the home of Michael Shermer, after the 2015 Skeptics Society Conference, “In the Year 2525: Big Science, Big History, and the Far Future of Humanity.” If you missed the conference, be sure to check out our post-conference report.

The human tendency to organize information even where no useful information exists appears to be hardwired into our brains. In this week’s eSkeptic, we present on article from the archives of Skeptic magazine issue 5.1, from 1997 wherein professional magician Jamy Ian Swiss discusses critical thinking as a way of protecting ourselves from the threat of deception.

Jamy Ian Swiss professional magician, a co-founder of the National Capital Area Skeptics; a co-founder of the New York City Skeptics; has spoken and performed across the U.S. on behalf of the Center For Inquiry; has been a contributor to Skeptic magazine; is a co-producer and on-stage host of the Northeast Conference on Science & Skepticism; has presented or performed annually at James Randi’s “The Amazing Meeting” since its inception in 2003; and is a past Senior Fellow of the James Randi Educational Foundation for which he has served as a blogger, creator of the Honest Liar video commentaries, and continues to help administer the foundation’s Million Dollar Challenge.

The Limits of Critical Thinking 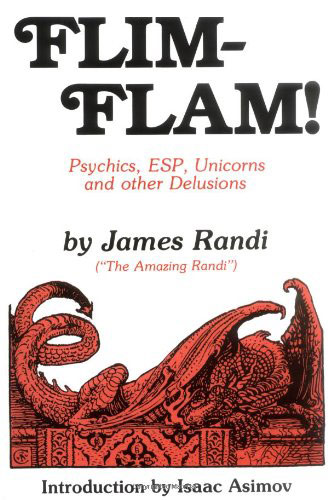 The recent self-inflicted deaths of 39 members of the Heaven’s Gate cult raises challenging questions for skeptics. We are tempted to point in horror and issue our own doomsday admonitions: “Warning! Danger! These are the hazards of belief in UFOs and other goofy stuff! Beware! Lack of critical thinking skills equals madness equals death!” If only these particular victims had read Randi’s Flim-Flam!, they might be living, productive members of society today.

My experience with deception has proven to me that the human brain is evolutionarily programmed to be readily manipulated, whether by the likes of itinerant conjurors like myself and James Randi or by virulent megalomaniacs like Marshall Herff Applewhite. The human tendency to organize information even where no useful information exists appears to be hardwired into our brains. It was there for the first aboriginal rain dance, and it’s here today for the most contemporary forms of magical thinking. That tendency to organize, to look ahead and be creative and surmise from thin evidence is a distinctly human trait, as responsible for the greatness of the human condition as it is for its follies and failings. Our human “big brain” is an accident of evolution that may well be our salvation or undoing as a species, with its abilities to invent, create, explore and imagine, or to become addicted, depressed, or believe incredibly dangerous ideas in the face of all evidence to the contrary.

When we see the apparently placid willingness of the Higher Source cult members to fulfill their grisly task of self-destruction, it is difficult to view them as victims. Considering the patently ludicrous ideas the cult based its belief system on, it’s tempting to write the followers off as cranks who were victims only of their own willful stupidity. But the phenomenon of cultism is characterized by distinctly manipulative practices of recruitment and maintenance that must be considered independently of the particular belief system they happen to be promoting. Toxicly effective cult leaders like Herff Applewhite will always produce followers who swear to their willing allegiance and free choice just as the observer of a magic trick will swear he never looked away the whole time the magician’s spoon was magically bending. Both victims are certain they had all the information necessary to make a capable judgment.

The issue of psychological manipulation is a graduated continuum, from the person fooled by the spoon-bender to the cult victim controlled to the point of suicide. But if the cult member is a victim of a psychological predator, what about those in the free marketplace of ideas who elect to repudiate conventional medicine and sign on with a homeopathic practitioner? The wiring flaws of the human brain notwithstanding, isn’t the homeopathy user a victim of willful ignorance? 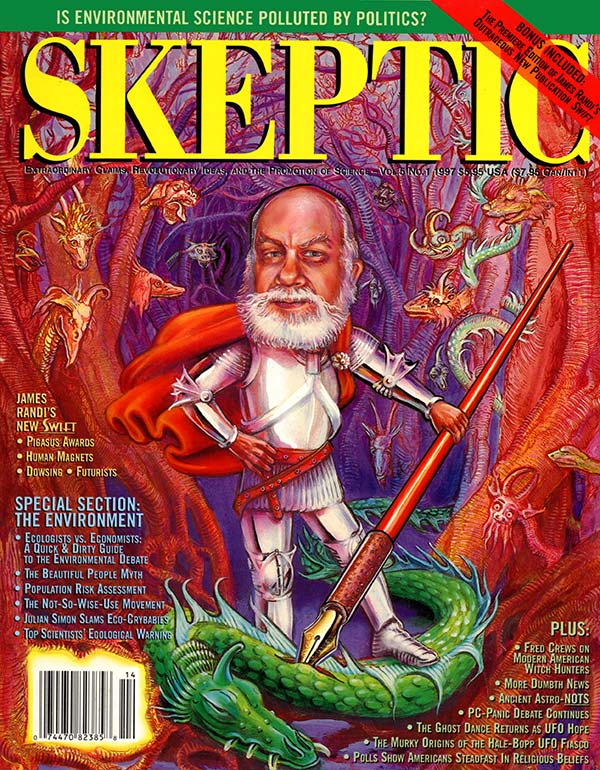 Such individuals have to be given full responsibility for their lives to muck about with as they wish. We are overwhelmed by such examples of “epistemological hedonism,” i.e., if it feels good, believe it. Education doesn’t protect those who believe irrespective of facts and information. Those who become hostile and defensive the moment we question, for example, the concept of astrology do so because such questions challenge their entire view of world and self, not simply—as skeptics are inclined to consider it—the specific facts concerning a narrow subject matter, easily disproved. As skeptical educators we must do more than simply provide cautionary signposts detailing a shopping list of road hazards labeled astrology, ufology, and a host of other pseudologies. We recognize that we must encourage broad-based thinking skills to help inoculate people against malicious crackpottery. That training must begin early in life, because it is the rare adult who comes to recognize the logical flaws in their own longstanding belief system. Our task is to teach the young—along with anyone else who will listen—to think for themselves, so that they can use these skills throughout their lives. Rational inquiry isn’t merely an academic exercise or a chore that protects us from danger. Critical thinking enhances individual responsibility by liberating us to assess risk and embrace informed choice and thereby more fully savor the human experience. Unfortunately, thinking will never be foolproof protection against the threats of deception; fools can be very determined, as can the inclination to be fooled. Thinking is merely our best chance.